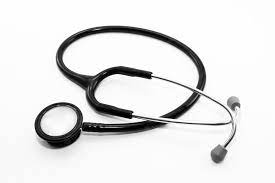 Tennessee lawmakers eliminated another sector of privilege tax this year with the removal of physicians and osteopathic physicians from the $400 annual state licensing tax.

But many are pushing for the remaining professional privilege taxes to end in Tennessee.

“This is not the elimination of it for all professions, which I think is the goal for this body and has been the goal of this member, certainly,” Sen. John Stevens, R-Huntingdon said when the most recent bill was passed. “But it is continuing on the track and the pathway to the ultimate elimination of this privilege tax.”

The removal of physicians is expected to have a $9.7 million annual financial impact for the state, which collected $691 million in privilege tax last fiscal year above the $495 million budgeted for the year.

Sen. Janice Bowling, R-Tullahoma, said that she was met with surprise when she proposed a bill to eliminate the tax completely 10 years ago as the professional privilege taxes continued in lieu of a state income tax. She said the privilege taxes were not expected to last long.

“It has certainly lasted a long time,” Bowling said.

“We need to eliminate all the ones left,” Sen. Joey Hensley, R-Hohenwald, said during discussion of the most recent eliminations.

The remaining privilege taxes are $400 annual payments, due June 1, for lobbyists, attorneys and agents, broker-dealers, and investment advisors.

In this year’s budget, Tennessee included a $500 million payment toward a new Tennessee Titans stadium along with creating a one-month grocery tax holiday in August and one-year moratorium on personal vehicle and autocycle state registration fees.

“With the billions that have been over-collected to balloon our state surplus lawmakers should be looking to cut taxes on Tennesseans permanently,” said Tori Venable, Tennessee State Director for Americans for Prosperity. “They should start with repealing the Privilege Tax – in a state that has constitutionally banned the income tax it is appalling that anyone should have to pay for the “privilege” of working in their chosen profession. After repealing any remaining unjust or unconstitutional taxes, they should look to permanently reduce the sales tax on food.”

“All of us collectively agree that the goal is to completely do away with this (privilege) tax,” said Rep. William Lamberth, R-Portland. “It should never have been put in to begin with and on every single profession, we’re gradually doing it the same way we do in Tennessee … very responsible and reasonable and methodical as we cut taxes down.”