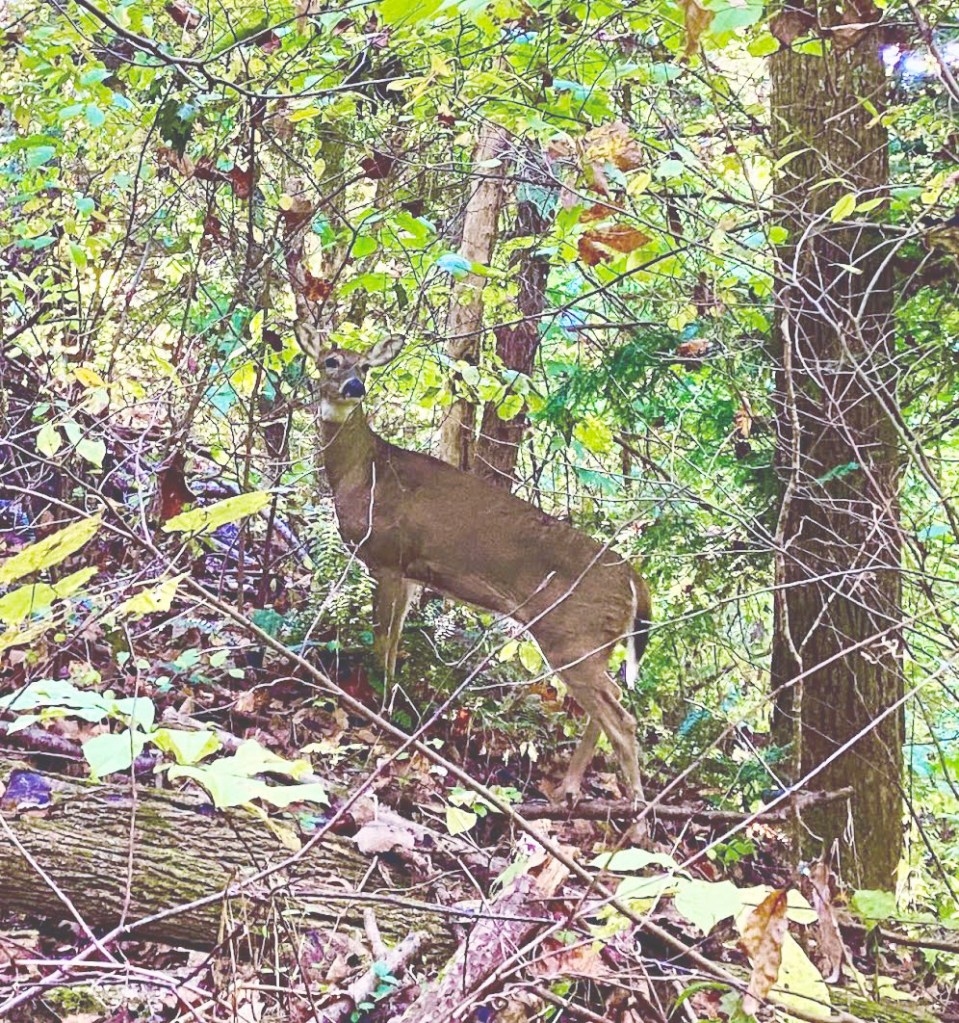 White-tail deer have a knack for escaping predators. Photo by Steve Roark

I have written several articles about our native white-tail deer, and every time I do my research I get inundated with information. White-tail deer are the most popular game animal in eastern U.S., and there has been a lot written about them.

What struck me most in my study about the white-tails is how well adapted they are to survive predators, which around here include dogs, coyotes, humans and bears. A deer contains a lot of meat protein and is a prize catch. To fend off being eaten they have fast escape capability, using those long, thin legs for speed and jumping ability, even through woods and dense brush. They are designed for a quick getaway, but when chased for an extended period, such as by dogs, they soon tire out and are vulnerable to attack.

Another survival design is their digestive system. Deer are ruminants like cows and have a four-chambered stomach. They minimize their exposure to danger by consuming large quantities of vegetation at dawn and dusk, hastily tearing off and swallowing their food mostly whole. They then get back to cover as soon as possible, and then regurgitate their meal a little at a time and re-chew it, known as chewing their cud.

Coloration is another tactic. Young fawns are a light brown color with white spotting. This blends in perfectly when they lie low and still on a leafy, dapple lit forest floor. Adults molt twice a year, with a shorthaired reddish summer coat and a longhaired gray winter coat. Both colors allow them to blend into the seasonal forest coloration. The gray winter hairs are hollow to provide greater insulation from the cold. Deer, like rabbits, have a two-tone color. The top of the body is dark, while the underbelly is white. This is called counter-shading, and brightens up the shaded stomach and darkens the sunlit back. This color scheme interrupts to some degree a predator’s depth perception, causing them to possibly misjudge a pounce and give the deer time to escape.

One other anti-predator lifestyle is their herd instinct. Most of the year deer hang out in small groups, males with other males, and the females with her yearlings and fawns. This brings more eyes, ears, and noses into play, and one can alert the entire group to danger, flashing their white under-tail as a warning signal.