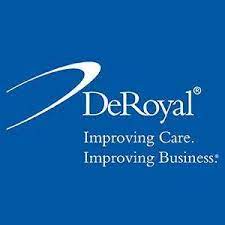 A proposal earlier this year to expand the reach of the Environmental Protection Agency in regard to ethylene oxide (EtO) emissions at commercial sterilization plants was addressed via a press release from DeRoyal – one of its major users. The public was notified in August of plans to go after those emissions that are currently unregulated and, in so doing, uptick guidelines in accordance with new statistics.

“In its work to update this regulation, the EPA created computer models of emissions at existing commercial sterilizers, including DeRoyal’s facility,” reads the release, in part. “DeRoyal acknowledges that the computer modeling prepared and released by EPA on August 3, 2022, is intended as background information in support of the agency’s proposed rulemaking. That said, it appears that the EPA’s modeling contains emissions estimates for both currently regulated and unregulated emissions that may be based upon conservative industry standards. “DeRoyal understands the importance that the modeling plays in writing a new regulation, in addition to understanding – first and foremost – that the proposed rule will aim to benefit the health and safety of the employees of commercial sterilizers as well as the communities where these operations are located.”

In the release, DeBusk states that DeRoyal has been in close communication with the Environmental Protection Agency as well as the TN. Dept. of Environment & Conservation – Division of Air Pollution Control.

“…the company does not expect any disruptions to its sterilization operations as neither the EPA nor the State of Tennessee has indicated a desire to suspend or require reduced operations at DeRoyal’s facility or impose any other immediate action. In the long term, DeRoyal will be making the necessary investments to further reduce emissions and looks forward to continuing its efforts with the EPA and the State of Tennessee to comply with any newly implemented regulations,” continues the release.

The Environmental Protection Agency released its plans to go after the currently non-regulated aspects of EtO. The Claiborne Progress filed the story in August with input from Claiborne County Mayor Joe Brooks and New Tazewell Police Chief Ben Evans, who sat in on the initial EPA teleconference on July 28.

“The EPA is planning a rule change for ethylene oxide which is a main ingredient used in sterilization of medical equipment,” said Brooks, during the interview. “EtO has now been found to be 60 times more toxic than it originally was. This is going to impact every sterilization unit across the globe.

“EtO is a carcinogen, obviously. I asked the question, ‘is there any kind of issues in the area surrounding where sterilizers are at?’ and they said we would need to contact the state for any kind of tracking with regards to carcinogens or cancer that might be in the cluster,” said Brooks.

He said he had checked locally about which types of cancers are connected with EtO emissions.

“She said lymphoma and breast cancer, which are the two biggest cancers circulating in Claiborne County right now.”

The EPA statistics set the risks at 100 parts per million, which has not changed even though the severity has done so. The updated toxicity factor is a result of data taken over the course of time in which ethylene oxide has been in use around the globe.

DeBusk said in his statement that, for nearly four decades, DeRoyal Industries has engaged in the sterilization of medical devices using ethylene oxide.

“Throughout its history as a commercial medical device sterilizer, DeRoyal has met – or surpassed – the employee safety and environmental regulations for use of ethylene oxide,” states DeBusk, in the release.

Ethylene oxide, a colorless gas, is used to sterilize devices that cannot be sterilized using steam or radiation, such as some medical and dental equipment. According to the Food and Drug Administration, EtO is currently used to treat approximately 50 percent of sterile medical devices – about 20 billion medical devices annually. Ethylene Oxide is the only safe and effective sterilization method currently available for some devices. However, the EPA is working to reduce EtO emissions and the Food and Drug Administration is looking to identify alternatives to EtO.

Ethylene Oxide is also produced in large volumes at some chemical manufacturing facilities. In the U.S., it is primarily used to make other chemicals that are used to make a range of products, including antifreeze, textiles, plastics, detergents, and adhesives. EtO is also used to sterilize some food products and spices.