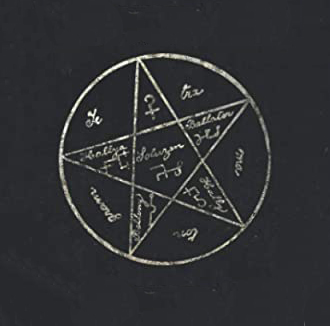 The spooky season is here; a time of witches, ghosts and goblins. My stories through the years have been based on facts, actual occurrences.

This is a story for the holiday season. The only truth herein is my recollection of going to the movies with my brother and friends long ago.

I’ve always enjoyed reading Appalachian writer Henry Scalf and one of his stories of a mountain man’s recollection of his boyhood days caused me to do a bit of daydreaming myself.

I recall seeing scary movies about Frankenstein, the Wolfman and the Mummy at a theater about a mile and a half from home. After the movie we had to walk home and there was a stretch of nearly a mile where there were no streetlights or even houses for that matter. Our fears were heightened after seeing these particular movies and we’d end up running home in nearly record Olympic time.

“Let’s stop and hide in this old garage,” Clyde Hall said as he gasped for air.

“No, that’s where the Mummy or Frankenstein always catches them,” my brother, Larry, answered.

Bobby Bates concurred, and we all kept running. Bobby was an interesting friend. He always thought what he saw on the screen was actually happening. We couldn’t stop and rest because the Mummy or Frankenstein might get us. None of the other boys were stopping.

Whoever stopped would probably get caught. Rex Cooper and Bucky Thomas were well beyond the swimming pool and there were street lights the rest of the way. They had it made in the shade as we were used to saying.

This mountain man that Scalf wrote about got the idea while a young lad that it would be fun if he became a witch. He could do all sorts of things to scare his friends. He thought it would be even better if he could make ghosts appear in the presence of some of his enemies and diminish their cockiness in their own eyes and in the eyes of others.

There was a witch who lived in the area and he got the nerve up to go and see her. She informed him that she could make him a witch but the requirements were great and he would have to do everything she told him. He thought about being able to make cows talk and dead men walk and do other witchlike spells. Yes, he would follow her every command.

The witch told him to come to her house at the break of dawn the following day. He arose early and walked to her house by the light of the moon.

“If a witch you wish to be, then you must follow me,” she instructed him as they started a long trek to the head of a long hollow. “At the head of this holler as she called it was a spring of fresh water. No one has ever drank from it ‘ceptin for witches.”

They walked for what seemed like an hour and it started to become daylight. Finally they arrived at the spring where crystal clear water gushed out of the mountain.

“If your mind is clear and you are sure you want to be a witch you must do as I say,” the witch told him. “You have to dip your hands in this spring nine times and each time you must say, ‘I wish my soul to be as clear from Heaven as this spring is from mud.’”

The young mountain lad thought to himself that it was simple enough and he could handle it.

“I wish my soul to be as clear from Heaven as this spring is from mud,” the youngster said as he dipped his hands into the cold water.

When he got to the seventh dipping he felt a chill run all the way up to the nape of his neck. He was actually frightened and could feel his hair standing on end. He looked around and noticed someone approaching.

Although he was scared he dipped his hands again and repeated the phrase but as he did he heard an eerie sound. Looking around he could plainly see that the approaching figure was the devil himself and he was holding a red-hot pitchfork. Wafts of smoke arose from his body and his eyes shone bright red.

“That makes eight,” the witch insisted. “One more dipping to go. Just one more.”

The lad was scared stiff and his heart was beating 500 times a minute.

“Dip, hurry up and dip,” she commanded.

He looked at the witch and then again at the devil who reached out and touched him on the shoulder saying, “Dip one more time, just one more time. Then for all eternity your soul will be mine.”

He awoke later with the witch fanning him with her bonnet. He didn’t take time to look for the devil. He jumped to his feet and took off running for home just like we did following those Frankenstein movies years ago.

Editor’s Note: Jadon Gibson is a freelance writer from Harrogate, Tennessee. His stories are both historic and nostalgic in nature. Thanks to Lincoln emorial University, Alice Lloyd College and the Museum of Appalachia for their assistance.