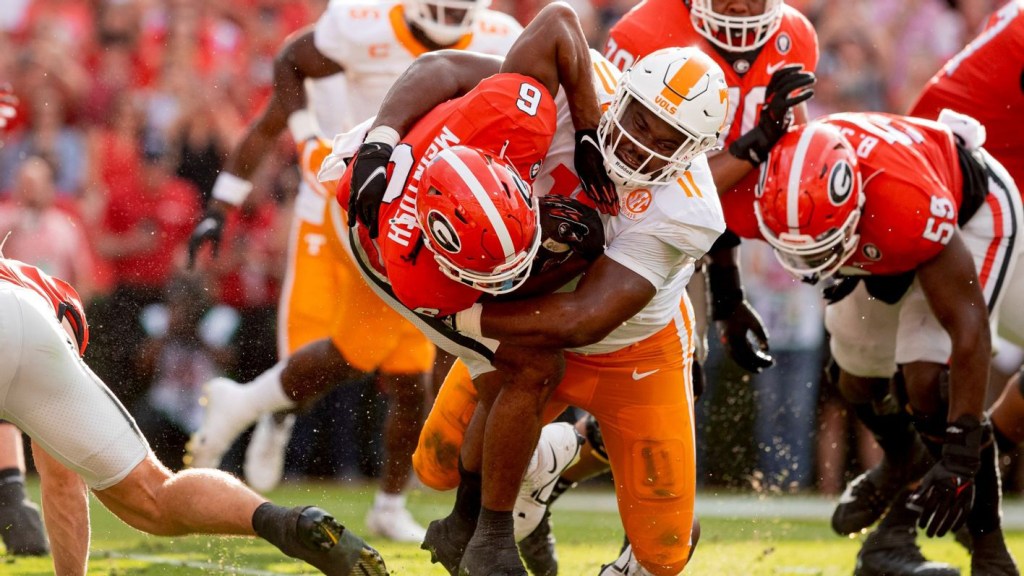 With Saturday’s contest against Missouri slated to be the final home game of the season, No. 5 Tennessee is focused on making it a memorable at Neyland Stadium.

The Vols will look to remain unbeaten at home this year and cap their first perfect record at Neyland Stadium since 2007 with a win on Saturday afternoon.

While the Tigers enter the game with a 4-5 record, UT knows the task will be anything but easy. Four of Missouri’s five losses have come by seven points or less, including a narrow four-point defeat to No. 1 Georgia back on Oct. 1 in a game that the Tigers led until late in the fourth quarter.

“They have good skill, good young skill,” defensive coordinator Tim Banks said of Mizzou. “Their quarterback has done a really good job. I think he’s underrated. I think he’s more athletic than what a lot of people give him credit for. He’s made some plays. He played Georgia extremely well, and they were winning in the fourth quarter.

“We know those guys are going to come in here ready to play. At the end of the day, we just have to make sure that we’re ready to play. We are worried about Tennessee and making sure they get our best version.”

Tennessee’s offense is determined to bounce back from a disappointing performance down in Athens last weekend and will have to do so against a stingy Tigers’ defense that ranks fourth in the SEC in scoring (21.4 ppg) and total defense (304.1 ypg) while ranking third in the league in yards per play allowed (4.83).

Missouri is especially adept at pressuring opposing quarterbacks and creating negative plays, leading the conference with 68.0 tackles for loss while ranking fourth in the SEC with 22.0 sacks this season.

“Yeah, we definitely watched the tape,” Carvin said. “Man, they got after them. It was a physical bunch. They played really hard, and they executed up front. Especially, when you got into third and longs, in that game they got home, so they were able to affect the quarterback.

“I’m looking forward to this game. We have to be able to run the football, get out and stay out of third and longs and when we are in third longs, we have to protect. That’s the game plan.”

The Vols have looked to their senior leaders like Carvin and quarterback Hendon Hooker as they look to return to form this Saturday.

“The seniors here right now are leading in such incredible way,” offensive coordinator Alex Golesh said. “We just got done with a Tuesday practice after our first loss and it’s constant energy and positivity. Guys like Hendon Hooker and Jerome Carvin are the reason this program – at least for us offensively –  has been able to flip. They fed off of coach Heupel’s message, fed off of our message, demanded greatness through the offseason and practice, and continue to demand that our process every single day is right. Those guys have been incredible. They have remained positive and remained the same way throughout the process – very much lead by Hendon and what his approach has been. I can’t give those guys enough credit.”

On top of Senior Day, Saturday will also be UT’s annual “Salute to Service” game, as current and former members of the military will be honored throughout the afternoon. Kickoff against the Tigers is scheduled for noon on CBS.