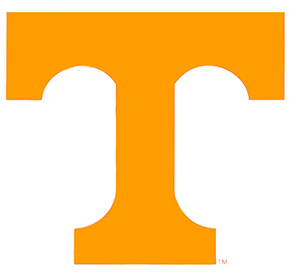 The 11th-ranked Tennessee men’s basketball team heads to the mid-state this weekend, taking on Colorado in Nashville on Sunday at 2 p.m. ET inside Bridgestone Arena.

Fans can catch Sunday’s game on ESPN and online or on any mobile device through WatchESPN. WatchESPN can be accessed through the ESPN App, or online at espn.com/watch. Kevin Fitzgerald (play-by-play) and Jimmy Dykes (analyst) will have the call.

Fans can also listen live on their local Vol Network affiliate to hear Bob Kesling and Bert Bertelkamp describing the action. The broadcast is also available on channel 135 or 190 on SiriusXM and channel 961 on the SiriusXM app.

Sunday’s matchup marks the final meeting of a three-game series between the Vols and Buffs. Tennessee defeated Colorado in the 2020-21 season opener in Knoxville and also won the return trip in Boulder last season. Sunday also marks the Vols’ first of three trips to the state’s capital this season—Tennessee is scheduled to played at Vanderbilt on Feb. 8 and return a third time for the SEC Tournament in March.

Up next, the Vols return home to take on Florida Gulf Coast in one final home game before heading to the Bahamas for the Battle 4 Atlantis. The home contest against the Eagles is scheduled to tip-off at 7 p.m. and set for an SEC Network+ broadcast.

• Sunday’s game completes the current three-game contract in this series. The Vols won in Knoxville to open the 2020-21 campaign and also knocked off the Buffs last season in Boulder. See Page 4 for a full recap of last year’s meeting.

• Colorado assistant coach Rick Ray was the head coach at Mississippi State from 2012-15.