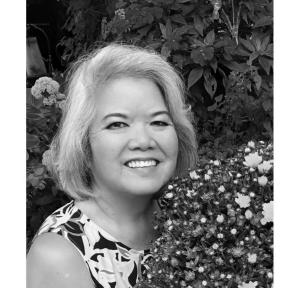 Carole Ann Dunifer passed away at her home on November 12, 2022, with her family by her side. She was born Carole Ann Mark on the island of Oahu, Hawaii on September 4, 1945, to Joseph and Chiyoko (Jane) Mark. She grew up in Waimanalo, Hawaii and attended Hawaiian Mission Academy. After high school, she bravely crossed the Pacific Ocean to attend Walla Walla College in the state of Washington, and in 1968 she graduated from Loma Linda University with a degree in nursing.

While at Walla Walla, she met the love of her life Rick Dunifer, and they were married on June 30, 1968. After moving around and living in eight different states, she and Rick finally settled down in New Tazewell, Tennessee where she still resided. There she worked for the Claiborne County Health Department eventually becoming the director of the department for many years until her retirement in 2010. Throughout her career as a registered nurse, she cared for and impacted the lives of thousands of patients. Her passion for helping others was the same from her first day of working until her last.

Her passion was gardening, and her home was surrounded by flowers and plants of all varieties and colors. She was a member of the Sew N Sew Club where she enjoyed quilting and socializing with friends.

Surviving Carole include two brothers: Gordon and Raymond and two sisters: Aiko, and Shirley, her husband Rick, to whom she was married for 54 years, a daughter Tamara Phelps, a son Mark Dunifer, four granddaughters; Alexis, Miya, Emily, and Annabelle, and one grandson, Nathan.

She was an incredible, nurse, wife, mother, and grandmother who inspired everyone who knew her. Carole’s memory will continue to live on in all of their hearts.

The family would like to give a special thanks to Suncrest Hospice particularly to Michaela, Michelle, Bridget, Amy and many others for their excellent, compassionate, and loving care for Carole prior to her passing.

A memorial service was held on Thursday November 17, 2022, at 2 PM at Coffey Funeral Home 937 North Broad St New Tazewell TN 37825. There was a receiving of friends thirty minutes prior to the memorial service, starting at 1:30 PM. The graveside service followed in the Fairview Cemetery. The family requests those who wish to express sympathy consider making a gift in memory of Carole to their favorite charity or to the local Humane Society animal shelter.