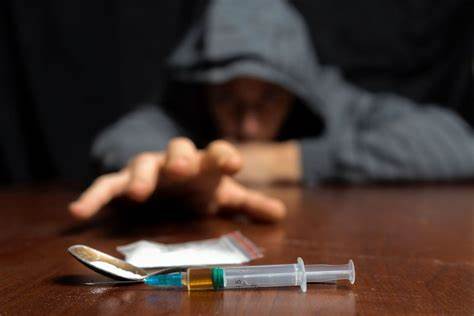 Since its creation, the nonprofit organization Stand in the Gap Coalition has done a David v. Goliath war against illegal drug use in our tri-state region. Founders Dan and Hazle Spurlock took up the slingshot of action after viewing the documentary “An Appalachian Dawn” that chronicles the downward spiral of life for those caught in the drug web.

“Families were being torn apart,” said Hazle Spurlock, who added that the trip to view the film intensified the urgency within her and her husband’s spirits to do something to quell the epidemic.

The tri-state area has earned its reputation as the dropping-off point for drug trafficking by cartels below the border. Shipments come here to be distributed to other parts of the country.

With the help of the late Dr. Edwin Robertson, who was a well-known community activist, Stand in the Gap was created to go toe-to-toe with the demons of illegal drugs and alcohol. This band of three began to hold viewings of the documentary that first spurred the couple to action.

In February 2011, a small group of volunteers began gathering at the Pinnacle Overlook (inside the Cumberland Gap National Historical Park) to pray for guidance.

The group continued to grow as word spread about the cooperative effort. By November of that year, some 8,000 residents of the tri-state area gathered as they walked into the town of Cumberland Gap, wearing bright green tees bearing the official Stand in the Gap logo.

Since those early days, SIGCO has earned its nonprofit status through the TN Dept. of Mental Health –Substance Abuse Services, adding the organization as the sole Prevention Coalition for Claiborne County. The recognition came with grant funding, which is used to help coordinate efforts with local government, law enforcement, schools and faith-based organizations.

Monies from the grant/grants are used to educate and assist those who want to stop abusing. Some of the funds continue to help 14-25 year olds who are battling binge drinking and tobacco use, particularly those in the 12 through 17 age group.

The nonprofit is gearing up for its next Town Hall Meeting, its fourth installment in 2022. “The Addicted Brain” will be held on Dec. 15, from 6 p.m. to 8 p.m. inside Duke Hall on the Lincoln Memorial University-Harrogate campus.

The keynote speaker will be Dr. Stephen Loyd, addiction specialist who has walked the walk of addiction and lived to talk about it.

Past keynote speakers have included TBI Special Agent Tommy Farmer, who is also the Director of the East TN Dangerous Drugs Task Force, county medical examiner Dr. Carroll Rose and Dr Jason Roop, a former Claiborne resident who spoke of his early addiction and the valiant battle to recovery.

During his speech, Farmer said he’d spent years being told he would never be able to make enough arrests to quell the drug epidemic.

“Are we supposed to be the tip of the spear, the first ones to encounter the issue? I think we’re supposed to be the last line of defense. When the family is broken down and we have an issue – before law enforcement gets involved, the family knows there’s a problem. The family, the friends, the church, the community, the infrastructure, social services, schools – the judicial system was built to be a deterrent. It was never designed to incarcerate every individual,” said Farmer.

Until most recently, the majority of the drug market in Tennessee was methamphetamine related. Farmer said during the Town Hall Meeting that the TBI seized up to eight meth labs every day during the state’s heyday as the “meth capitol of the U.S.”

Stand in the Gap Coalition is a 501(c) (3) faith-based, tax-deductible, volunteer organization headquartered at 325 Straight Creek Road in New Tazewell inside the building that once housed the main office for Powell Valley Electric Cooperative.