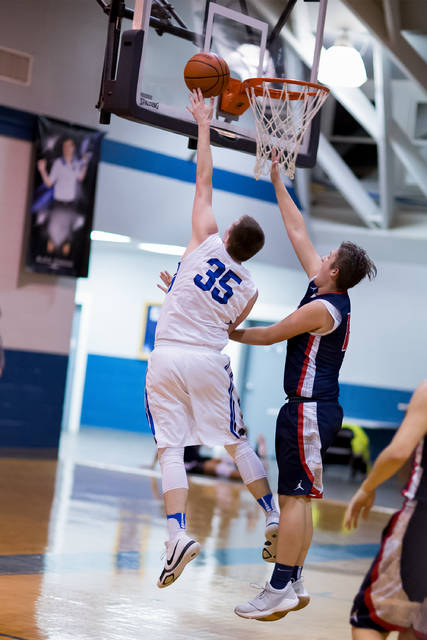 Hunter Holt lays one up on the glass for the J. Frank White Academy Knights.

The J. Frank White Academy played First Baptist Academy in a make-up game that was originally scheduled for January 12.

The Knights got behind by five points early but stayed close throughout the game, falling by the final score of 67-55. Jake Gross led the Knights and all scorers with 23 points as he stayed consistent throughout the game. Hunter Holt also hit double figures with 14 points and Jacob Yeary had eight. Noah Robertson finished the game with four points and three others had two points each including Isaac Duncan, Spencer Holt and Nate Rhylick. The regular season is coming to an end for the Knights with only tournament play on the schedule.

Noah Harris was lights-out for First Baptist as he put 21 points through the cylinder including an impressive 15-16 from the free throw line.