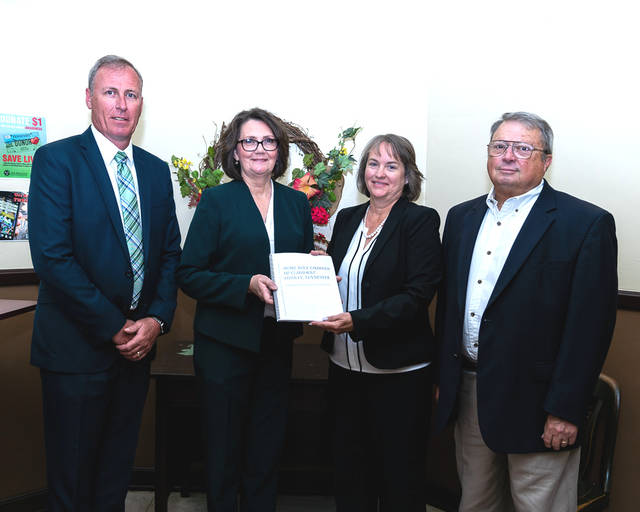 The final draft of the Claiborne County Home Rule Charter is now in the hands of the county clerk and the election commission. The total 88-page document was created by the nine-member Charter Committee during a batch of meetings spanning several months.

The public will have the opportunity to review the proposed charter once it is uploaded to the Claiborne Election Commission website. The matter is expected to be voted on by referendum during the general election in August 2020.

In 1979, the Tennessee State Assembly enacted legislation allowing voluntary adoption of charter governments. Since that time, two counties have chosen to adopt their own versions – Knox and Shelby.

Charter governments were created to place into the hands of county residents an added measure of power not currently in operation via the ballot box. This form of government allows local officials to operate and modify county statutes without state interference, particularly when creating private acts, making changes to existing laws or instituting new legislation.

Article III of the proposed charter reduces the number of county commissioners from the current 21 to 9 – one from each district – plus two at-large members for whom the public will vote. Terms will be staggered, allowing one-half of the commissioners to be elected every two years.

Commission members would be limited to two, four-year terms before a mandatory “break.” They would then be eligible for another term. This will limit the time in office to eight years within any 12-year period.

The commission would have the authority to pass ordinances, emergency or otherwise, and resolutions. They will also have the ability to amend and approve the county budget.

Commissioners would no longer be paid for each meeting that they attend. Instead, each one would receive an annual salary equaling five percent of the county mayor’s annual compensation.

As for the county mayor, he or she would serve as the chief executive and financial officer. One of the duties would involve the annual submission of a county budget, due prior to Feb. 15. Every department, office and agency receiving taxpayer funding would be expected under the proposed charter to input ideas and information as each budget is built. The mayor would hold veto power over all or parts of the final draft.

Included in the budget would be a five-year capital investment plan and contingency fund equal to five percent of the county budget. “Zero-based” budgeting would be practiced throughout the county offices.

According to the proposed charter, the county mayor and the sheriff would be subject to the same term limits as the commissioners.

The Claiborne School Board would be increased under the proposed charter by two additional members – allowing for equal representation to the residents in each of the nine districts. Each member would receive an annual salary equal to five percent of the annual compensation provided to the county mayor.

The director of schools would be offered a minimum two-year contract with the option to renew for an additional two years. That individual would be appointed during the October meeting of the school board.

The document also provides for an Ethics Committee comprised of nine members – one from each of the nine districts – who would serve two-year terms. Strict guidelines have been provided in the charter for those who might be appointed to this committee.

Members cannot hold a seat in government or the school system. They cannot have a member of their immediate family who is employed by county government or is holding a seat as an official or officer. He or she must be a legal resident of the county for a minimum of one year and must be a registered voter.

These individuals must not have been convicted of a felony.

Once seated, there must be a two-thirds super majority for any actions taken by the ethics committee. A minimum of six members must be present to meet quorum.

The committee minutes, filed with the county clerk, would be open to public inspection.

During an interview in May, County Mayor Joe Brooks said he believes that the charter form of government is the “last true form of democracy.”

“Under a charter form of government, every person has the ultimate say on how our county is going to rule within the parameters of the charter. Once adopted, the only way it would be changed is through the ballot box,” said Brooks.

The public is encouraged to read the entire charter document. It will soon be ready for review online by logging onto the Claiborne Election Commission website at: www.claibornevotes.com.