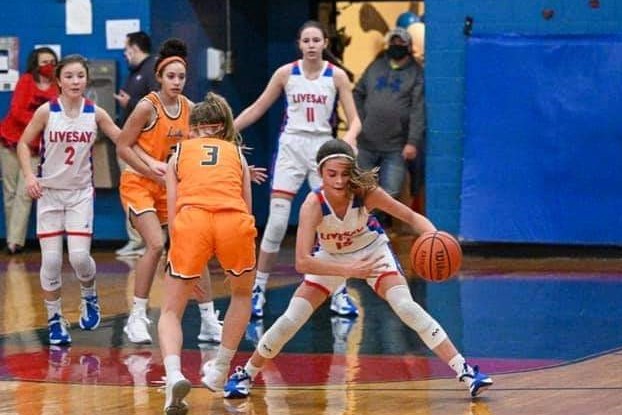 The H.Y. Livesay Lady Eagles hosted Oneida November 14 and made one more tick in the win column by defeating them 50-46.

Ashlynn Roberts led the home team at the half with 12 points.

Coming out of the break, H.Y. scored 15 and gave up nine during the third and outscored Oneida in the final period 13-12 to secure the victory.

Leading the Lady Eagles in scoring was Roberts with 18, Callie Hoskins had 10, Brinkley Hollin had nine, Jayla Bailey recorded six, Hayden Bailey finished with five and Jenna Middleton had two.

Lydia Cline had 18 to lead the Lady Indians.