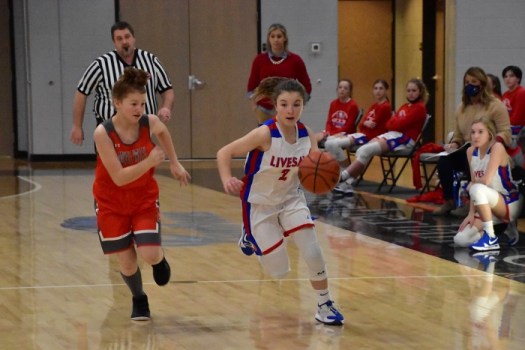 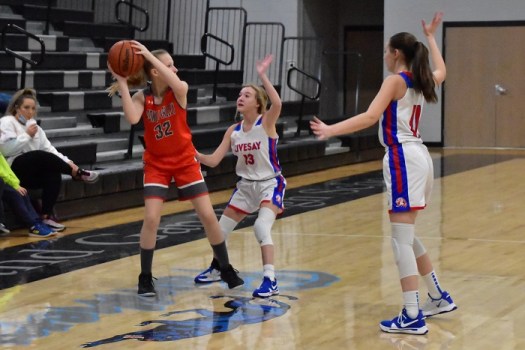 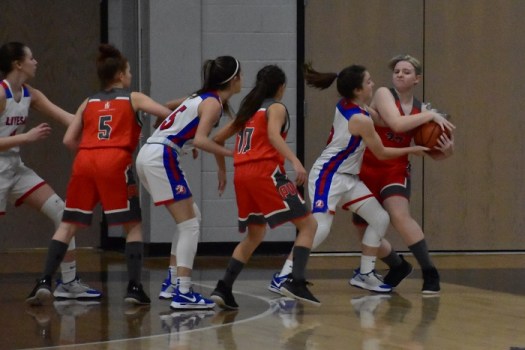 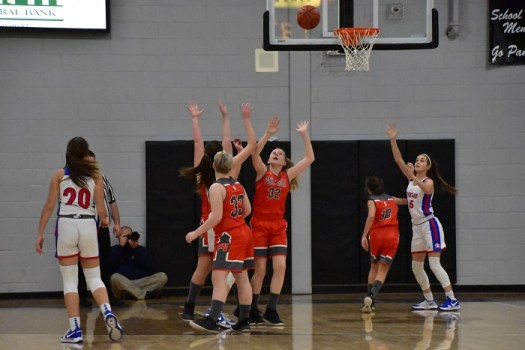 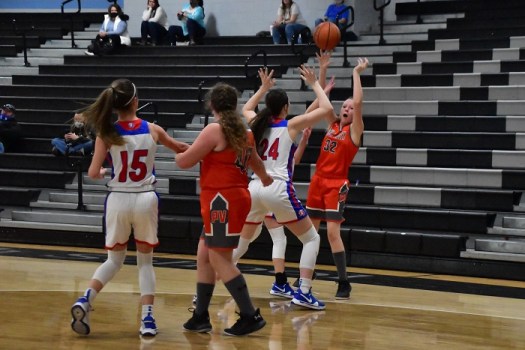 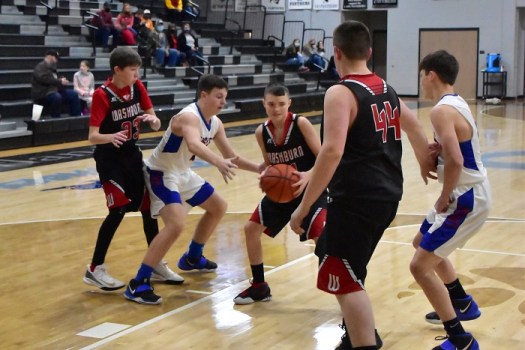 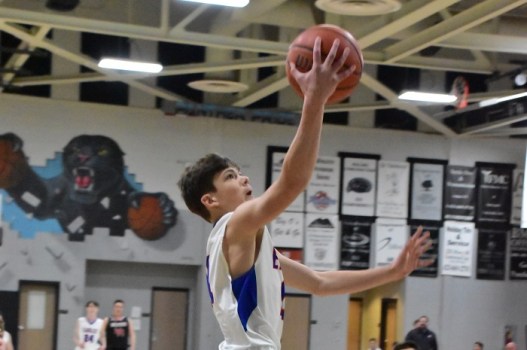 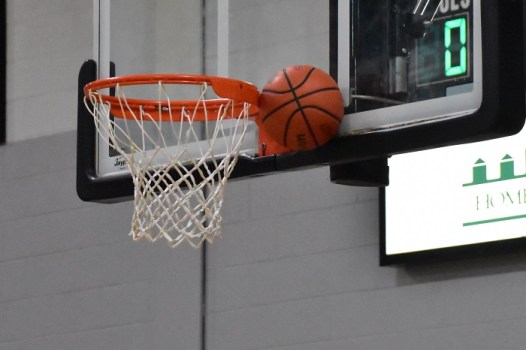 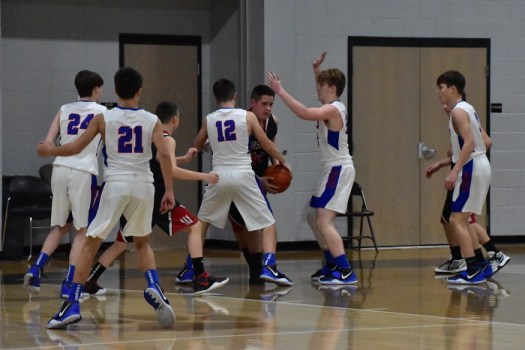 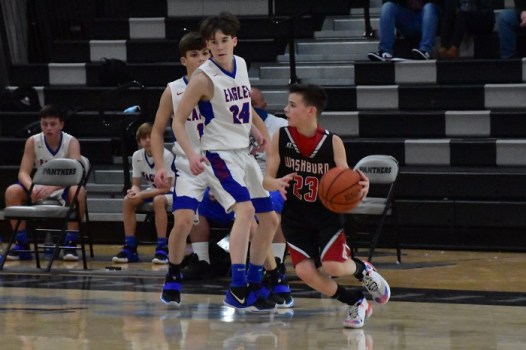 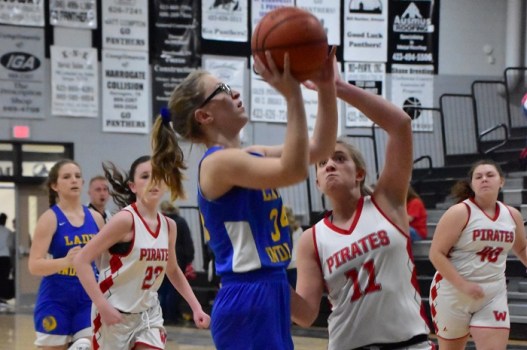 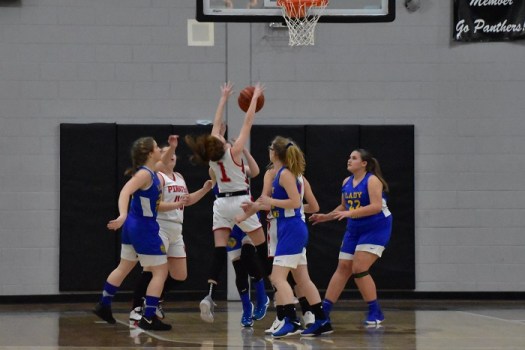 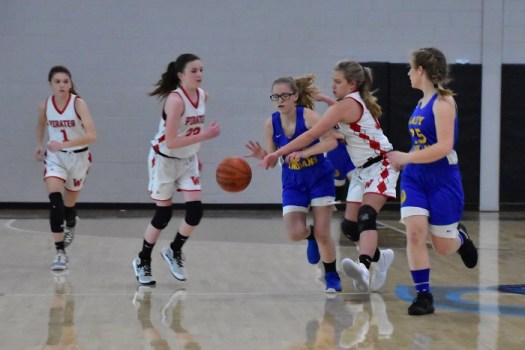 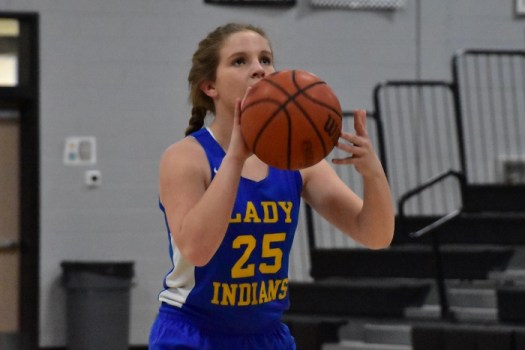 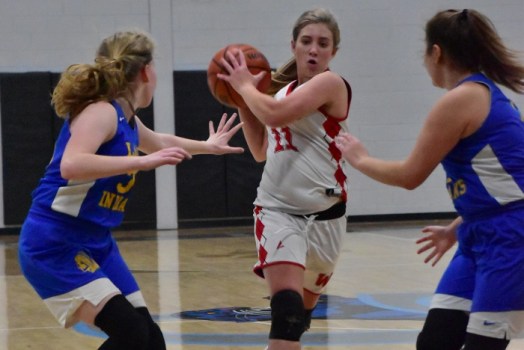 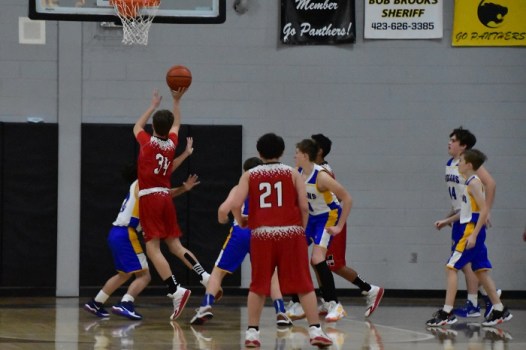 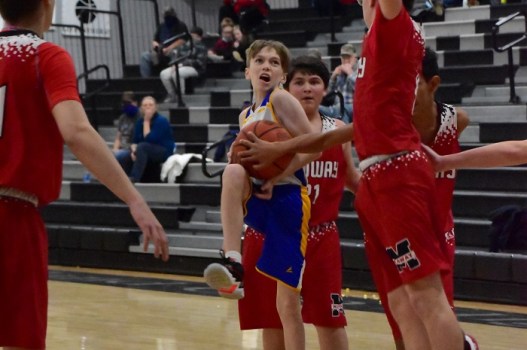 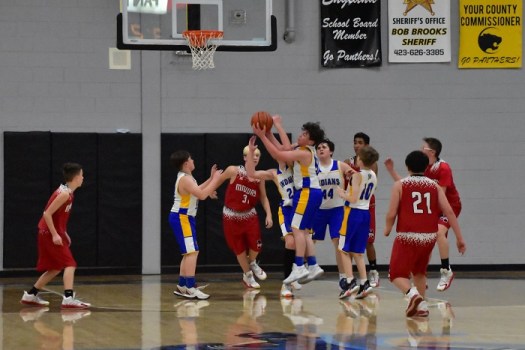 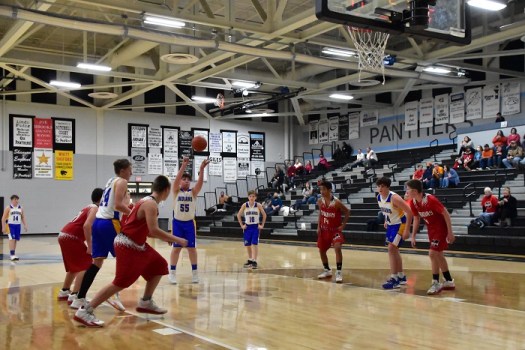 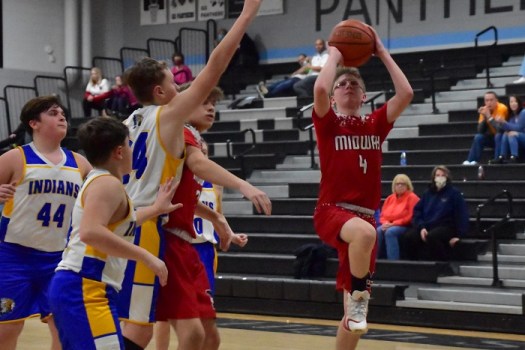 Day one of the 2020-21 Area 6- Section 2, District middle school tournament got underway January 19 with the games played at Cumberland Gap High School and hosted by H.Y. Livesay.

Coming out of day one action was the Washburn boys and Midway boys. Livesay and Hancock had first round byes.

On the girls side of the bracket, Powell Valley defeated Midway’s Lady Red Devils. Livesay and Washburn both got byes.

The second day of district tournament action brought in the top seeds. It was the Livesay Lady Eagles matched against the Powell Valley Lady Indians.

H.Y. Livesay rolled ahead to a 14-5 first period advantage and 35-7 at halftime.

The full court pressure defense was too much for the Lady Indians as they struggled to run their offense.

After the break, it was much of the same as the Lady Eagles stormed ahead 47-8 in the third even after going heavy to the bench.

The Lady Eagles were simply the best team on this night and won the game 49-9 advancing to the championship game, January 23. The leading scorers for this game was Zoey Nelson with four for PV with and Alyssa Smith for HY with 10.

Next to take the floor was the H.Y. Livesay Eagles boys team doing battle on the hardwood with Washburn.

The length advantage was there for the Eagles as they were able to run out to a 15-0 advantage with 46 seconds left in the first period; however, the Eagles found the three ball during the second period and built their lead on out to 32-5.

During the third, the Eagles cruised on out with the help of a few bench players but the Pirates were just now playing their best basketball of the night and had 15 on the board to show for it.

Going into the fourth period with a 40-16 lead Livesay needed to keep playing their game. They did just that and won by the final score of 51-23 to advance to the title game also January 23.

Leading Livesay in scoring was Gavin Owens with 15. Washburn was led by Mathew Harville with 11.

The third game of the night featured the Washburn Lady Pirates tipping off against the Hancock Lady Indians.

This one was a back and forth affair at the start and the Lady Pirates held a 3-2 lead approaching the three minute mark in the first. Hancock worked hard and by the end of the first led 4-3.

Washburn stormed back and led 8-6 with under four minutes remaining until halftime. At the break the Lady Pirates led 15-10.

Hancock did not let the Lady Pirates get away during the third and it was a 16-11 game going into the final period.

Mistakes were intensified with every ticking second during the fourth as Hancock inched back into the game being only five points behind at 20-15.

Washburn held on and took the victory at 21-15. With the win the Lady Pirates joined Livesay in the championship game.

Leading Washburn in scoring with 11 was Saylor Clay. Hancock was led by Jade Combs with nine.

The final game of the night was between Midway and Hancock. The boy’s contest was billed to be a good one.

The Red Devils opened up a 5-3 lead, in part, by free throws resulting from an early technical foul on the Indians.

During the second period the officials let the boys play and Midway ran out to a nine point lead at 20-11.

The third period was exciting for both fan bases as both teams played hard and made difficult shots. The Indians ended the period with a three pointer that allowed them to get back within 10 points of the Red Devils.

Hancock made a run to start the final period and were only six points down at the five minute mark. Hancock then got the lead down to four before Midway finally dropped in a basket.

At the 2:42 mark and following a huge three, Hancock had the lead down to a single point, 32-31 but it’s as close as they would get.

The final was 36-31 Red Devils at the end of a very good basketball game. Midway will face H.Y. for the title.

Leading Midway in scoring was Cole Holt with 16. Hancock was led by Conner King with 15.

Consolation and Championship games are scheduled for a 5:00 P.M. start January 23.