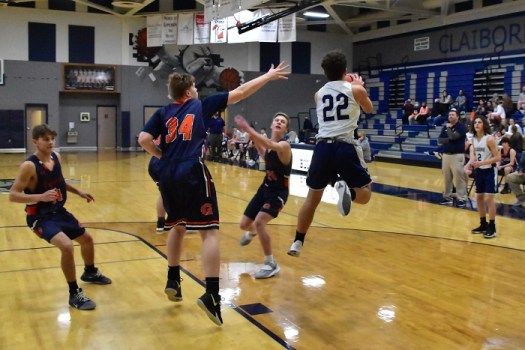 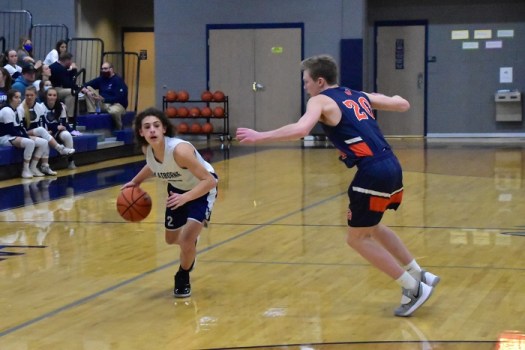 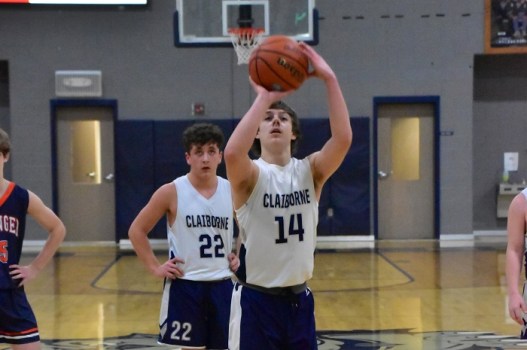 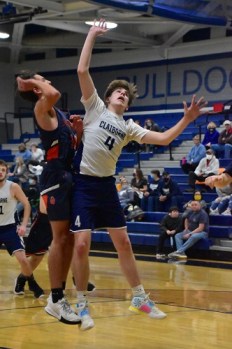 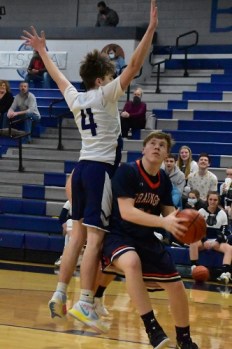 Conner Atkins with some defensive pressure in the paint. 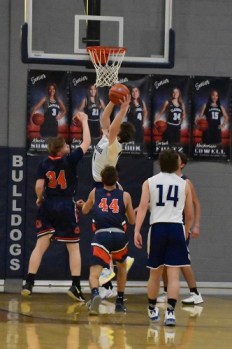 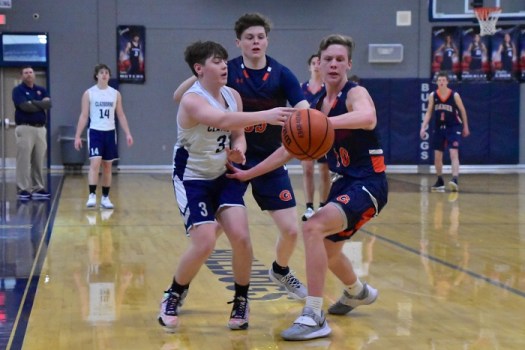 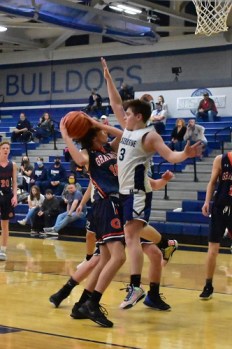 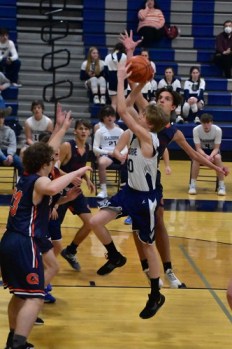 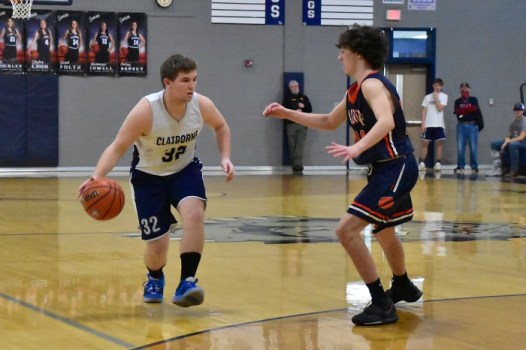 Grainger opened up the game with the three ball working and used it to gain a 9-4 advantage going into the second period.

Claiborne used the second period to close in on the Grizz and with just under two minutes were behind by only two. The half ended with Grainger leading 27-11 after a Grizzly run.

Grainger opened it up even more during the third period and got some easy baskets in transition. Grainger led 37-13 after three periods.

During the final period Grainger kept putting the ball in the basket and won the game by the final score of 52-27.

Leading the Grizz in scoring was Drew Branson with 10.

The Bulldogs were led by three players all having five points including Conner Atkins, Josh Bolton and Brady Hamlin. Vince Bolden had four, Cooper Sams had three, C.J. Cox and Jake Smith had two and Brennan Fugate finished the Bulldogs total with one point.