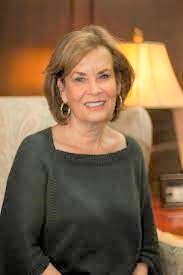 Eleanor Yoakum has been appointed for the second time to a four-year term on the Tennessee Educational Lottery Board, formed by the state legislators in 2004. The board, comprised of seven business leaders from across the state, are appointed by Governor Bill Lee and confirmed by the Tennessee House of Representatives and the state Senate.

Since its creation, the Tennessee Educational Lottery has provided more than $6.5 billion to education and the after-school programs.

A longtime advocate for the educational system, just some of Yoakum’s achievements include serving as president of the Walter’s State Community College Foundation Board during the time that the college’s Tazewell campus was established. She also found time to serve many years on the East TN State University Foundation Board and four years on the Tennessee Higher Education Commission.

“It’s a great honor to have been appointed by Governor Lee to a second four-year term on this board and to be a part of what the Tennessee Educational Lottery does to enable our Tennessee students to obtain their higher education degrees,” said Yoakum of the reappointment.

She and her husband, Bill Dunavant, live in Tazewell. Yoakum is the mother of Rob Barger and Stephanie Connor and says she is the proud grandmother of five.