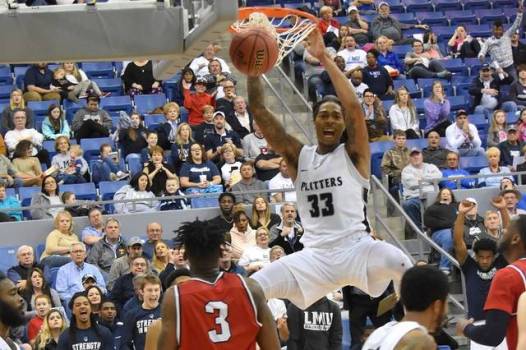 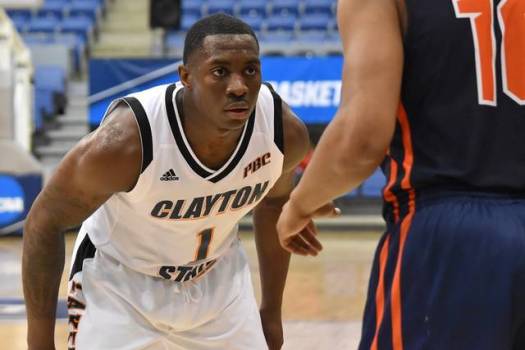 After the first session had ended during day one of the 2018 NCAA Division II Southeast Regional the Lincoln Memorial University Railsplitters made their first appearance. Their opponent was the King Tornado. Coming into the tournament as the No. 1 seed LMU just had to take care of business to advance.

King opened with a 5-0 run but LMU had the game tied at 11 within five minutes of play. LMU began working with a lead around the 14 minute mark but King kept their composure and led by two points after the under-eight minute time out. King extended their lead out to five and had the ‘Splitter Nation very upset. Behind by nine points, LMU needed the three ball to fall but it wasn’t on target at this point in the game. Finally the threes started going in and LMU pulled to within four. A three at the 3:02 mark gave LMU the lead by one point at 41-40. These two teams spent the final two minutes of the first half stopping scoring runs. After one period of play the game was tied at 48.

The ‘Splitters tried to establish a lasting lead but King wouldn’t stay behind. LMU established a five point lead and advanced it into a nine point lead on a huge Emanuel Terry dunk. King was down by 11 and they started rushing their shots just around the nine minute mark. LMU stayed out front for the remainder of the game as Trevon Shaw, Cornelius Taylor and Josh Odem were doing the bulk of the work. The LMU bench was too strong and led the ‘Splitters to victory at 90-78.

Following the game, LMU Coach Josh Schertz said about his team’s slow start, “We looked like a middle school team out there and made mind boggling mistakes.”

Schertz added, “We had a seven minute stretch of defense that was the difference in the game.” With the win the ‘Splitters moved into second round, semi-final play.

The second game of session two featured the Carson Newman Eagles versus Clayton State Lakers. Clayton State went ahead 9-5 and Carson Newman needed to adjust and called a time out. The Eagles then stormed back and led 15-12 and then rolled out to a six point lead, 20-14. The Lakers kept the effort going and at the 5:52 mark had the score tied at 28. The Lakers clawed back into the game and were down by only five points at halftime, 40-35.

The Lakers made their move during the second half and pulled away from the Eagles and won the game 75-69. LMU moved on to battle Clayton State in the semi-final round March 11.