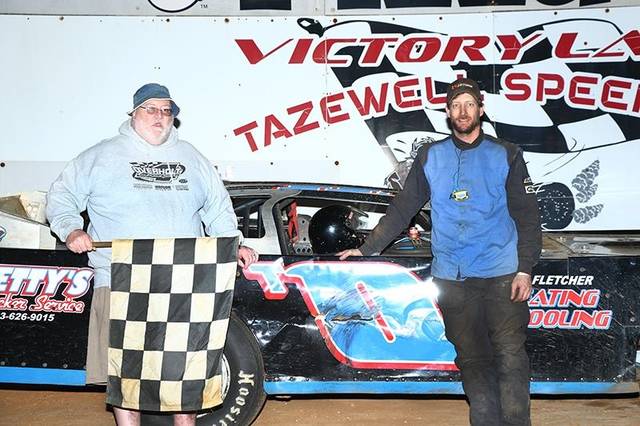 During the Sportsman feature, it was once again Travis Fultz that the field was chasing. He finished ahead of Rex Coffey and Chris Raines. Andy Wilder and Donovan Long finished out the top five.

The top three finishers in the Four-Cylinder Class were Chuck McMahan, Terry Boshears and Robby Steakley.

In street stocks, Jamie Whitt was the first to finish while Dustin Harville was in second. J.J. Green wrapped up the third spot while Roy Bailey and Chris Hickman rounded out the top five.

April 28 is the next event on the schedule with another full weekly race program featured but May 4 is the much-anticipated Lucas Oil Series visit to the high banked speedway owned by Gary Hall.