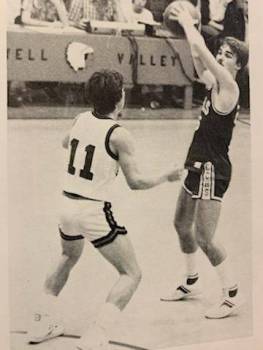 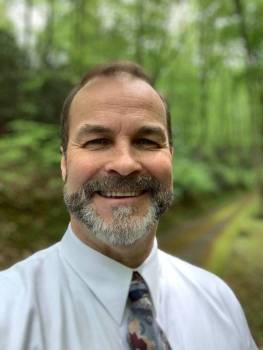 Basketball players almost always see time on the bench before starting but when you get that chance, be ready to make the best of it. That’s what John Burleson did as a freshman on the Claiborne County High School Blue Devils basketball team.

Burleson played little league basketball as a kid, middle school and transitioned to the high school game. He loved the game and played it well. One day he got his chance to play in the gymnasium of Claiborne County High School and made the best of it. After he began starting he played for the Blue Devils two years and as a sophomore he was part of a great basketball team.

Burleson spoke about that team, “I am often asked what team that I played on was the best and It’s by far my sophomore team. It was the best group of players and we all knew what each would do before it happened.”

As fate would have it a misunderstanding with his coach created a situation where his parents Gerald and Freddia Sue decided it was best to leave his hometown school so he went across the mountain to Bell County High where he became a two-time All South East Kentucky Conference First Team Selection. Burleson also became the Most Valuable Player of his team during his junior and senior seasons. His senior season team won the 51st district title and finished as runner up in the region. He had 84 offers from various colleges and settled on a full scholarship from Campbellsville College, now a university. He started 18 of 29 games but ended up transferring to King College in Bristol, Tennessee. “I felt like something was missing there and decided to go to King because an education was the reason I played,” said Burleson.

Burleson also went to Stephen F. Austin for his MBA in international marketing. He also spent time working with his dad at Cumberland Valley Contractors for two years. After getting his masters Burleson landed a job with Resort Properties Incorporated where he served as vice president of operations.

Fate interrupted his life once again when a coworker asked him about what he wanted to do in life and Burleson said, “I really want to own my own business one day.”

The subject of bottled water came up and it peaked his interest. For years he went around trying to find financing for his idea of a bottled water business and one day he had the financing until they changed some terms in the loan and he felt uneasy and didn’t sign the proposal.

He began to rethink his idea until one day he just fell to his knees in prayer, “I dropped to my knees in my living room and said a simple prayer about God showing me if I should close this door and look for another one.”

Just one week later God answered in the form of William Crum of Elkhorn City, Kentucky. He co-owned a new but small bottling plant on English Mountain and was wanting to sell his part of the company. Turns out, both partners wanted to sell and four weeks later and with much due diligence on his part, Burleson closed the deal. On September 27, 1997 he bottled his first bottle.

Burleson spoke of how the business has grown, “After my first bottle we have went from a 5,000 square feet building to 102,500 square feet and have shipped water to 43 countries and have been providing water to Cracker Barrell for 18 years. Apple Barn was our first private label customer and we are working on some big things that will allow us to add more lines.”

English Mountain Spring Water has had four employees that have worked with the company for 21 out of 23 years. The company has been struggling to find great workers and is automating due to that reason but Burleson knows how valuable his workers have been and cherishes each one.

When asked if Covid-19 has affected his sales Burleson said this, “We have definitely seen an increase and we are needing some more employees. We fall under the essential company umbrella and some of our customers have tripled the size of their orders. We have new companies calling every day now looking to use us and we can tell them we haven’t increased our prices in 14 years and we are looking to get some of those accounts in the near future.”

The spring is located on property formerly owned by Bill McAndrew and Burleson had to speak about his friend, “In 2006 I bought Bill’s property which was family owned since 1945. Bill was a wonderful man. I wouldn’t be here without him and I miss him.”

The spring yields over 2.5 million gallons a day and English Mountain Spring Water has been voted the best in the world.

Burleson would also like to thank a few people in his life including his school bus driver and neighbor Marvin Cloud, Mike Reece, Gary Harmon, Charlie Hopson and O.G. Fortson who gave him his first job in the G&F Grocery Store when he was an eighth grader.

John Burleson went from a Blue Devil basketball player to the top of English Mountain and along the way built a company that is known world wide for some of the best tasting water around. He currently lives in Dandridge, Tennessee but says this about Claiborne County, “That place will always be home to me.”