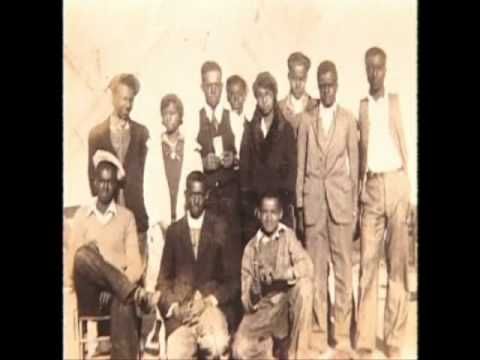 “When they started talking about segregation, we didn’t know what they meant ‘cause we’d always been together.” – Martha Reed, white Hoop Creek resident.

From the very beginning, the Hoop Creek community has been a place of harmony between black and white residents. The Emancipation Proclamation of 1863 effectively gave slaves their freedom. It may have brought chaos to our nation. But, white landowners in the northeastern section of Claiborne County went about encouraging the freed men and women to lay down tangible roots in the hills and dales running alongside the creek.

The original settlers, the McNeil family, chose to live and work alongside the former slaves as they ran a prosperous store, tannery and blacksmith shop.

In 1888, a white landowner gave a chunk of property to the Rev. Phil Brooks, an itinerant black minister. A church was built on the land, quickly becoming the hub of the community where whites and black alike enjoyed a rousing Sunday sermon.

Daniel Fugate, the son of a slave, purchased a large tract of land in 1904, signing notes so that other black residents could buy property as well. Land ownership provided greater security as farming and logging brought real income to the residents.

Former county historian Nell Quesenbery filed a story in the Feb. 25, 1982 edition of the Claiborne Progress, detailing some of her research into the Hoop Creek community.

“Farmers of the beautiful ridge land in east Tennessee neither required, nor could afford, many slaves. Consequently, upon emancipation of these slaves, Claiborne County was left with a very small black population. After the Civil War, many of the older slaves, having nowhere else to go, stayed on with their white families. In many cases, a strong love had developed between these black and white people that had lived together for generations.

“They were eager to experience freedom. They toiled mightily to create homes from the small stipend earned from heavy farm labor and domestic work – all that was open to them. Within 50 years after their freedom, 90 percent of the black people were able to read. But it would take 90 years before, in all parts of their nation, black and white people would use the same public facilities, live in the same neighborhoods and attend the same schools,” reads the story, in part.

Blacks of the time were forbidden to read or to meet in groups larger than four – actions that were not strictly enforced in the more rural Claiborne County.

Quesenbery spoke in her article about the Rev. Phil Brooks.

“Philip Brooks was a man with a gift from God. He had once been a slave, but he was freed after the Civil War. He was a Baptist minister. Both white and black congregations opened their doors to hear this mighty man preach the Gospel, displaying his marvelous gift.

“The book of scriptures, warmly worn through much loving handling, had been given to Philip Brooks. Silent and still, it lay on the pulpit. Philip Brooks, unable to read, but filled with a power, could open the Bible and find the text upon any subject he felt called to preach. He spoke with great authority, yet never raising his voice nor shouting. His sermons, ripe with meanings, could be heard distinctly throughout any size audience. When preaching, Philip Brooks expressed originality and outstanding charm.”

“The woman people called the beautiful “white Indian” became his first wife. They became some of the earliest black people to settle along Hoop Creek.”

The couple produced one daughter, Matilda, before the wife’s untimely death. Brooks married a second time. The reverend and his new bride, Catherine Parkey, had one son named Winton.

Quesenbery details in her story an interview she had with then-75 year old Erma Brooks Mize, the granddaughter of the reverend.

“’My father, Winton Brooks, taught at the Hoop Creek School. My mother, Catherine, worked as a domestic. She climbed over steep ridges to work for the Rileys, McNeils, Walkers and other families that lived along the Sycamore Creek. Then both my mother and father died of old-timey consumption. Now we would call their disease tuberculosis.’

“Because of segregation locally, higher education was denied to the Mize children. They traveled to Morristown, Tennessee, to attend black schools for their higher schooling. Some … gained education in the Army,” reads the Quesenbery account.

Portions of a second interview are detailed in the story.

“Duck Robinson, age 83, is also a granddaughter of Philip Brooks and his first wife, the beloved white Indian woman. Matilda, Duck’s mother, was their only child.

“John Greer was the first sheriff that Duck cooked in the jail for. She also worked for Mrs. Lottie Logan that ran a hotel and dining room. Perhaps, working and being around the courthouse helped create Duck Robinson’s strong interest in local politics.

“Duck Robinson said her sons always claimed that the hard-working Nathan Smith family that lived in Powell Valley was the kindest and best white people they ever worked for. The late Nathan Smith, also known as a fine fiddler, was the father of our sheriff, Billy Wayne Smith,” continues the article.

When freed, a substantial portion of the former slaves used the surnames of those who had been their masters. Family names like Jennings, Brooks, Cloud, Goins, Fugate, Wilson and Parkey are still among the county’s black population.

Those interested in learning more about black history may do so by attending a special event sponsored by the East Tennessee History Center.

The History Center is located at 601 S. Gay Street in Knoxville.