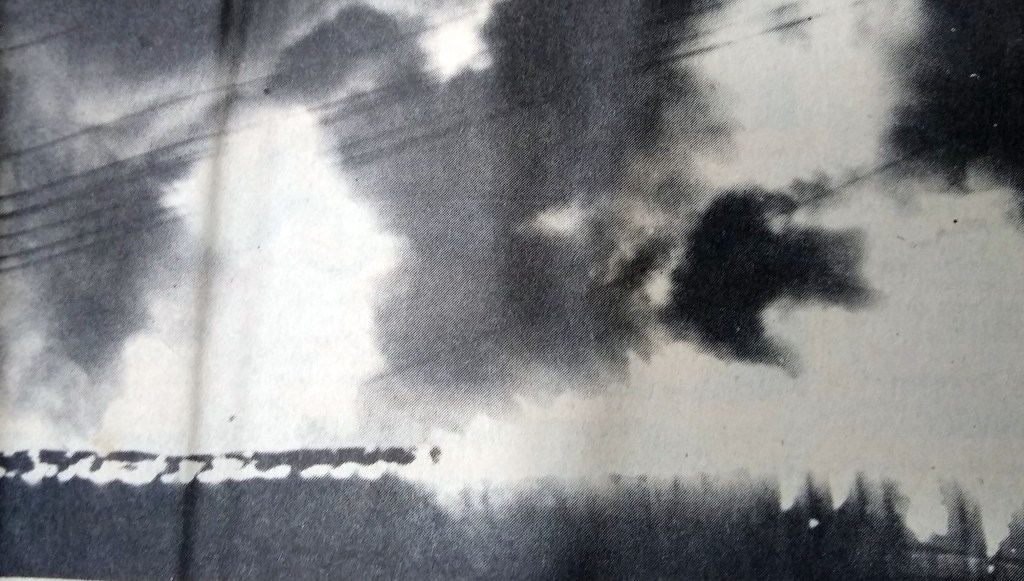 A Christmas fire destroyed part of the Farmer's Central Warehouse. Flames could be seen raching high into the air. CP Photo 1971

After Claiborne tobacco farmers had completed their task of supplying thousands of pounds to the buyers something dreadful happened Christmas night, 1971.

One of Claiborne County’s warehouses, Farmers Central Tobacco Warehouse number two, caught fire on Christmas and burnt the southwest portion of the building.

There were four tobacco buying companies that were using the warehouse at the time. The packing rooms were most effected as there wasn’t much tobacco left on the floor.

However, around 150,000 pounds of tobacco were lost in the fire.

In addition to local fire departments, Middlesboro Fire Department was called out and several other city departments were notified and were on their way but were called off.

The situation was deemed to be under control and a large portion of the warehouse was saved.

Co-owner Buddy Duncan spoke on behalf of his father Tom Duncan and his grandfather Sam Duncan and had this to say, “We would like to thank everyone for their concern and help in fighting the fire and without this help the losses would have been much greater.”

Everyone involved was delighted that the fire was kept from spreading to surrounding buildings.