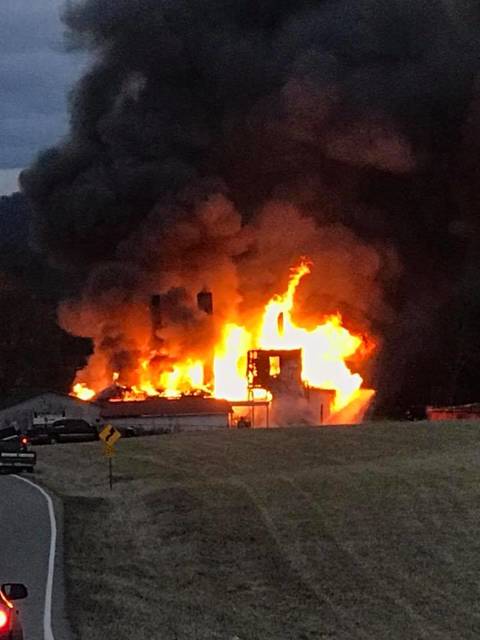 Two sets of unidentified human remains were discovered in the aftermath of a mobile home fire that occurred during the morning hours of July 28. The Criminal Investigation Division of the Claiborne Sheriff’s Office, who found the remains, were one of several first responders to arrive on the scene of the fully engulfed structure located at 150 Payne Circle in Tazewell.

The remains were transported to the Knox County Regional Forensic Center for autopsy and positive identification.

Members of the Tazewell-New Tazewell Fire and the North Tazewell Fire Departments said in their news release that they wished to offer condolences to the families and friends of the victims.

“We want to say ‘good job’ by all the firefighters and each fire department on the scene in giving the two individuals the best chance of survival and working together as a team.

“We are grateful that none of the firefighters were injured but we did have equipment that was damaged while trying to perform a primary search for the individuals. Equipment can be replaced and, while we want a different outcome of the event, that is out of our control. Our job is to give people the best chance of survival when we arrive at a scene and we feel that that obligation was done by (all) the firefighters,” reads the release, in part.

The investigation is active and ongoing.