UT’s Green nominated for NCAA Woman of the Year 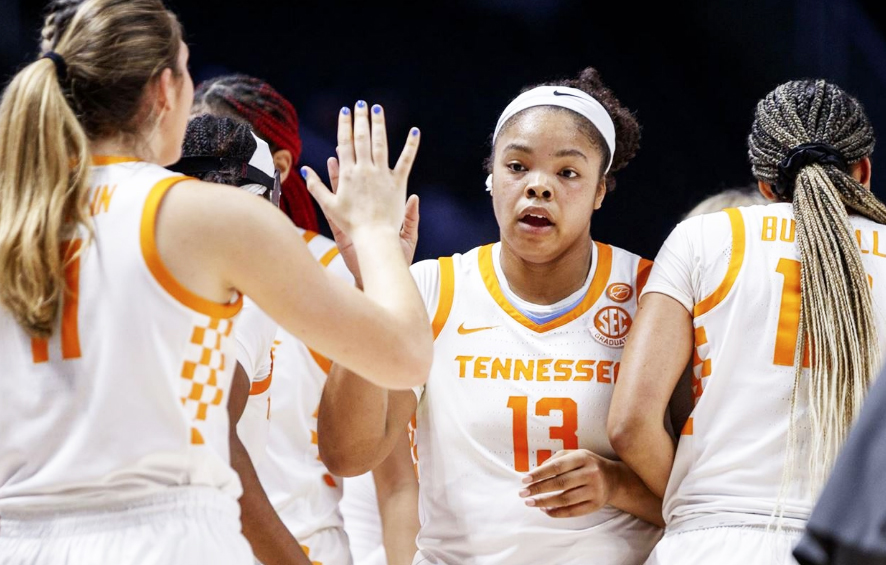 Keyen Green, who completed her playing career with Lady Vol basketball during the spring, has been announced as the University of Tennessee’s nominee for the 2022 NCAA Woman of the Year award. UT Athletics photo

The honors keep accumulating for Keyen Green, who completed her playing career with Lady Vol basketball during the spring. The LVFL has been announced as the University of Tennessee’s nominee for the 2022 NCAA Woman of the Year award.

For 32 years, the Woman of the Year program has honored the academic achievements, athletics excellence, community service and leadership of outstanding female college athletes. Rooted in Title IX and directed by the NCAA Committee on Women’s Athletics, the NCAA Woman of the Year program celebrates the accomplishments of female college athletes across all three NCAA divisions. 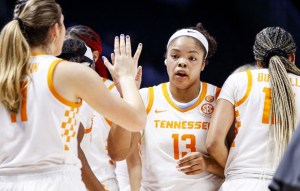 Keyen Green, who completed her playing career with Lady Vol basketball during the spring, has been announced as the University of Tennessee’s nominee for the 2022 NCAA Woman of the Year award. UT Athletics photo

As 2022 marks the 50th anniversary of Title IX, this year’s NCAA Woman of the Year award provides an important opportunity to honor incredible women and reflect on the impact of women on intercollegiate sports. In 2022, nearly 220,000 women are competing in college sports, and the NCAA received 577 nominations for this prestigious award, including 248 at the Division I level.

Conference offices will now select their nominees for NCAA Woman of the Year. Each conference nominee will be notified by the NCAA, and all conference-round nominees will be announced on ncaa.org in August.

League nominations are forwarded to the NCAA Woman of the Year Selection Committee, which identifies the top 10 honorees in each of the three NCAA divisions. From those 30 honorees, the selection committee then determines the three finalists in each division for a total of nine finalists. The Committee on Women’s Athletics will select the 2022 NCAA Woman of the Year from the nine finalists.

For the first time in the award’s history, the award ceremony will take place during the NCAA Convention in January, giving the Top 30 honorees a chance to celebrate their achievements alongside their families, coaches and administrators attending the 2023 NCAA Convention

You can learn more about the award program, next steps and previous winners by visiting ncaa.org/woty.

Green, a 6-foot-1 forward from Philadelphia, joined the Lady Vol program as a graduate transfer from Liberty prior to the 2020-21 season. She played in 23 games and started four, averaging 7.0 points and 3.1 rebounds while shooting 55 percent from the field during her time on Rocky Top. She was a starter her first season and a key reserve in her second year, but she unfortunately suffered season-ending injuries in both 2020-21 and 2021-22.

In 2021-22, Green saw action in 19 contests, putting up 7.0 points and 3.2 rebounds and helped UT to an 18-1 start and No. 4 national ranking before being injured at Georgia. As she did in her first season at Tennessee, she kept her head up and was an encouraging voice of encouragement and leadership from the sideline for the remainder of the campaign.

Green was a member of the 2020-21 and 2021-22 SEC Academic Honor Rolls and was chosen for the WBCA’s “So You Want To Be A Coach” program. She traveled to the 2022 NCAA Final Four in Minneapolis, Minnesota, to take part in that two-day workshop in April. She also was bestowed with the NCAA Ethnic Minority and Women’s Enhancement Graduate Scholarship in April, earning $10,000 toward her post-graduate studies.

During the 2020-21 school year, Green completed requirements for a master’s in agricultural leadership, education and communication. She then began work on a Ph.D. in leadership studies, becoming one of the very few Division I college student-athletes to tackle that curriculum while actively participating in a sport. Her dissertation concerns the under-representation of women of color in athletic administration. 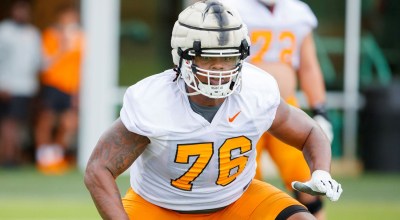 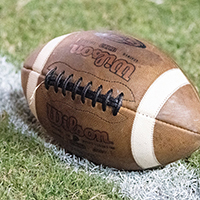