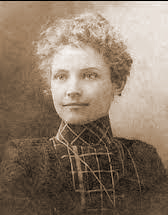 Jenny Wiley tried to appear content with her life after a band of Indians kidnapped her on October 1, 1789. She wanted to earn the Indians trust so that she might find an opportunity to escape.

Jenny often thought about Mary Ingles who was kidnapped similarly by Indians 34 years earlier. Ingles became a hero among the early pioneers after she escaped and survived in the wild for several months while finding her way back home.

“Oh, if only I get a chance to escape, I’ll take the first opportunity,” Jenny mused.

The Indians were treacherous adversaries of the early pioneers. The tribes fought a massive war among themselves years before in the land that would eventually become Kentucky. This fighting ended with the Indians living in the areas that would later become Ohio, Tennessee and other states. The area that would become Kentucky was relegated to being a hunting ground.

As the pioneers came into the western part of Virginia and eastern Kentucky, an area called the borderland, they were attacked fiercely by bands of Indians from the north and south – plundering, burning and massacring.

The Harmans, Wileys and Sellards (Jenny Wiley’s maiden name was Sellards) were among these early pioneers. The Harmans were fearless frontiersmen and Mathias “Tice” Harman, despite his smallish stature, became well known as an Indian fighter. The Indians learned to despise Mathias who they called “Short Devil with the Big Nose” for obvious reasons.

He was a fierce competitor in hand-to-hand combat and he was a deadeye shot with the Kentucky long rifle.

The Harmans and Wileys lived in Tazewell County, in the western reaches of Virginia but Harman went on extended hunting forays along the Big Sandy River in present day Kentucky.

During a hunt for bear along the Tug River in 1789 the hunting party was attacked by Indians and a fierce confrontation followed in which Harman swayed the outcome in favor of the long hunters. Several were killed or injured. Lt. Walter Crockett informed Virginia Governor Randolph that “the Harmans behaved like heroes.”

The Indians thought Harman was among those who were killed and proceeded to Walker’s Creek to raid his cabin. They inadvertently raided the cabin of Tom Wiley instead, murdering his children and brother-in-law and taking his wife, Jenny Wiley, into captivity. Tom Wiley was away at a distant trading post.

On the night of the massacre at the Wiley cabin, John Borders returned to the cabin late at night to see why Jenny and the children had not come to stay with her sister as they had indicated they would. After finding the bloodied corpses of the children he awoke the settlers and they prepared to follow the trail of the Indians at dawn.

The following morning Jenny noticed the old Cherokee with several soiled cloth bags. When Black Wolf and several of the others gathered about, the Cherokee proceeded to present them with a variety of tools and trinkets that he plundered during his most recent raids on the pioneers. When she saw some of the items had come from her home it made Jenny cry.

It was surprising for Jenny to learn later that the old Cherokee had somehow bought her. It concerned her at first but after further consideration it made Jenny feel safer as he had shown friendship in their travels after her children were murdered.

The Indians prepared for travel and the old Cherokee pulled Jenny to a tree where he tied her with leather thongs.

Unaware of all that had happened Tom Wiley returned to his cabin soon after daybreak on the day following the kidnapping. He became crazed after finding the carnage in his home and the absence of his wife and young son.

Harman also arrived at the cabin soon after dawn. He found signs indicating that Jenny and her baby were alive when they left the area and he could tell there were approximately 10 Indians in the party. Mathias and Lazarus Damron followed the trail with a party of 11 men. They came upon the body of Jenny’s dead 15-month-old and buried him in a shallow grave.

Jadon Gibson is a freelance writer from Harrogate, TN. His writings are both nostalgic and historical in nature. Thanks to Lincoln Memorial University, Alice Lloyd College and the Museum of Appalachia for their assistance.