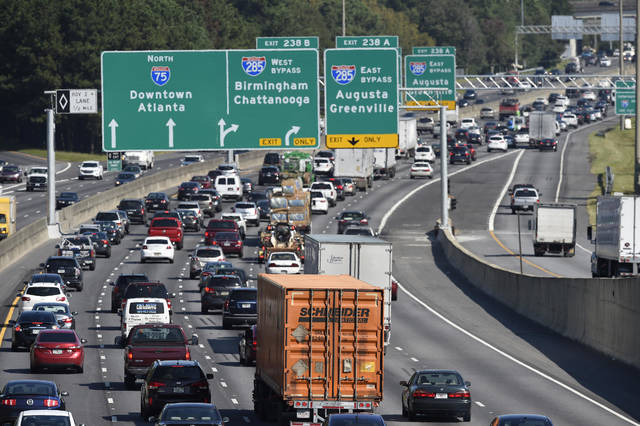 Hurricane Irma — one of the strongest, if not the strongest, hurricanes to ever form in the Atlantic Ocean — is still working its way north as a weaker storm after causing catastrophic damage to various islands in the Caribbean and the state of Florida.

Numerous people in the Tri-State area have loved ones who were in the projected path of the hurricane, which was a category five storm at its strongest. Pleas for concern and prayers went out from many, and social media worked as a way for loved ones to ensure others were safe. As of Monday evening, one report said at least 25 people were killed as the result of Irma’s wrath.

Perhaps the hardest hit area in Florida was the Keys, a group of islands just south of the mainland.

Harrogate native Allison Robertson Delashmit has called Cudjoe Key home for some time now and fled with her family when it became apparent that Hurricane Irma would hit there. Leaving behind their beloved home, friends and way of life was very hard — something many don’t think about while watching coverage on TV or the internet.

“I just said to my husband this morning that I must have disasters follow me,” she said Monday. “I was in New York for 9/11. I worked for an advertising agency in mid-town. It was a scary and sad time to be in the city. And yes, I evacuated the Keys (Cudjoe Key specifically, which was where Irma made landfall) on Tuesday.”

When Delashmit and her family began traveling north Sept. 5, they left the Keys with heavy hearts. Many of their friends, family members and others were concerned about their safety and through social media were updated.

“Hello again, friends. I’ve received lots of texts and calls from you and thought I should provide an update. Unfortunately, our house has the exact same coordinates as the landfall of Irma (in Cudjoe Key). We watched helplessly this morning, as the radar moved the storm over our house. We have very little knowledge of the storm’s wind impact to our house, or the storm surge that came through during/after. Honestly, I have let go of the house; if it’s standing, I’ll be grateful, if it’s not, I’ll be grateful. Inside of that house I have fallen in love more times than I can count (over and over with my husband, the births of my children, and times with family and friends); inside of that house I have felt sadness and loss that are almost incomprehensible; inside of that house, I have belly laughed and I have cried all night; inside of that house I have nursed sick babies, snuggled with my hubby, hosted parties for my best of friends; the inside of that house has seen the best of me and the worst of me. I am grateful for that house. I know that it put up one hell of a fight. And I know I will rebuild it. Because I would do this over and over again for the place I know and love as Home.”

She continued with her touching tribute:

“The next few days and weeks will be hard. We will need (continued) support from our friends and family. But, in the end, we will be fine. This storm will not define us, it will not break us. It was a precious lesson about love, life, family and what is really important.

I am focusing all of my energy and prayers for those (including my oldest son) that are still in the path of the storm. My second prayer is for those that weathered the storm in the Keys and the first responders clearing the path so that we can eventually get home.

My faith is strong and unwavered. I feel the hand of the Lord upon me, and I am not afraid. Our God is an awesome God, and I will praise him in this storm.”

“Many have asked how they can help…I know the answer. You can come visit. As soon as the clean up is done, and the new normal is upon us — come visit the Keys. Eat at our restaurants, stay at our hotels… and fish with the best fishing guides around (I can hook you up). That’s how you can help.”

Delashmit’s post was read and shared on social media numerous times, and her story touched many in both of her hometowns. She said they don’t know what they’ll be going back to when they are cleared to return.

“We are getting very little information about our Key (Cudjoe) and the surrounding Keys. Key West was on the ‘good’ side of the storm, and it appears to have received very little damage,” she said Monday. “It could take weeks or months for us to get back to our house.”

They are currently with family members in Maryville and hope to be in Harrogate soon.

Thumbs down on PESG contract