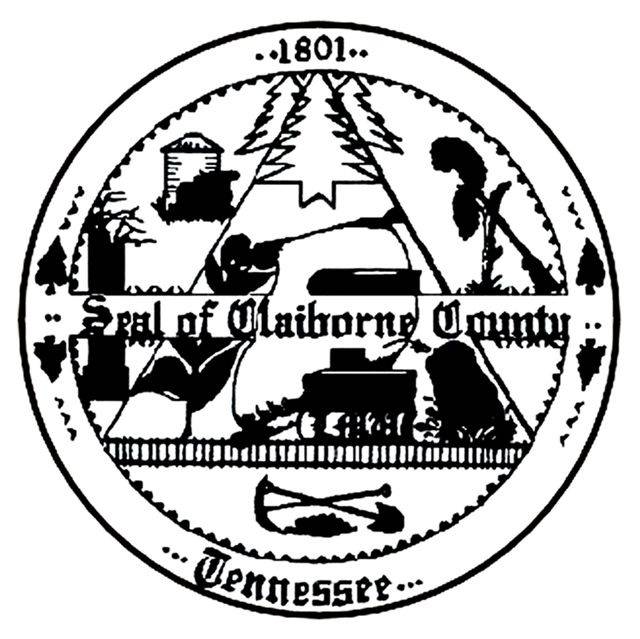 The Claiborne Commission spent a bit of time last week listening to environmental concerns brought before them and the audience by concerned resident Lisa Strickland.

“In the past weeks, I’ve found myself in discussion with many of my fellow citizens concerning recent events in this community. At some point, we need to take a closer look at what we’re doing to ourselves. What we allow is what will continue.

“We walk with the intention to raise funds for a cure. Yet, few citizens are looking at the root cause of the horrific diseases that plague our community,” said Strickland.

Claiborne County, she said, has some of the highest rates for respiratory illnesses, diabetes, obesity and cancer in the state.

“Yet, we bring sweet treats to our neighbors at social gatherings. We spray toxic chemicals to treat our lawns and public places,” said Strickland.

Hunger and food insecurity, she said, is a solvable problem. According to the National Resource Defense Council of America, approximately 40 percent of all food is thrown away — a net worth of about $165 billion per year.

“Food insecurity is not caused by a lack of resources. It is caused by political, economic and distribution failures,” said Strickland.

County residents, she said, are looking for leadership and a path forward.

“They’re hurt. They’re afraid. They’re angry. They’re sick. And, they’re sick of being sick and tired of being down. Few engage because they feel it does not matter – no one cares. No one listens.

“How many of us have truly taken a look within our own offices, our businesses, our churches and thought consciously of the environmental toxins we’re in contact with, daily? How many cans of toxic soup spray, under the guise of cost effectiveness, are we spraying around playgrounds, in our parks, in our public spaces and our homes? Is it really a cost-effective measure when you stand the tally of effectiveness against outbreaks of disease?

“I, personally, would rather have dandelions than cancer.

“Have we forgotten the lessons from DDT, mercury, lead or even Agent Orange? Apparently so, because they’re spraying 24D on our roadways and mercury is pushed in every home as an energy-saving light bulb,” said Strickland.

Pointing to the ingredients in a popular weed spray, Strickland said such well-respected institutions as MIT, Harvard, Purdue and the World Health Organization have already published reports determining that the spray contains toxic chemicals that are carcinogenic.

Other respected agencies, she said, have determined that weeds have become resistant to the sprays.

“Why are we spraying something that doesn’t work anymore,” asked Strickland.

She then pointed to the Tennessee Preemption Law which, in essence, allows a ‘higher’ level of government to override laws created by a ‘lower’ level. This statute has been used to ‘null and void’ any pesticide restriction ordinances whenever the ordinance calls for more restrictive measures than the state currently uses.

“…you (the commissioners) would need permission from another state body of government to enact (the resolution or ordinance)….So, it ties the hands of our local leaders,” said Strickland.

She urged the county to form a commission on health that would look at restoring honeybees and other habitats and searching for funding through health related grants.

Strickland suggested the county look into the various programs that, in many cases, are free that assist in rebuilding pollen habitats and to engage the public in healthier lifestyles.

Educate the local population and bring back the ‘Victory Garden’ so that organically grown food can be made available within a local setting, she said.

“We should simply make a better choice for our community and our citizens, ourselves and our children,” said Strickland.

Because the commission’s hands are tied at the local level, the members could only give Strickland a round of applause.

In other action, the commission unanimously approved the use of $35,000 in funds to extend the waterline in the Greasy Hollow community of Speedwell. Completion of the 3,500 feet extension will allow some 55 residents, located on the other side of the stretch, to eventually hook onto the service.

The Tazewell Senior Citizens will have the use of a more reliable van to replace the one currently costing the county some substantial dollars in repair costs.

The commission unanimously approved the transfer of $8,500 in undesignated funds to the Capital Projects (vehicles) fund to purchase the 20-passenger diesel fueled van. The old one is now declared surplus, to be auctioned off.

The city of Harrogate was given the thumbs up to lease the old Shawanee Stone Quarry at $1 annually, for the next ten years.

Funding for the CCSO shooting range, located inside the Claiborne Landfill, was approved by the commission, who designated $9,500 to complete the site.

The state-required public records policies are now in effect. The commission unanimously approved the revised policies.

The commissioners unanimously adopted the addition of a section of Deerwood Lane, on third and final reading, to the county road list.