Bulldogs shut out at Johnson County 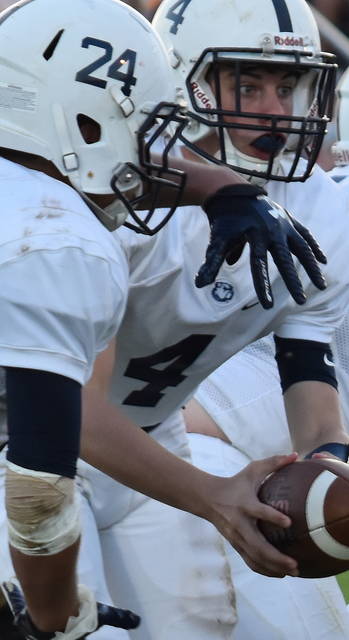 The Longhorns came in undefeated and ranked highly in the state but had the appearance that they could be defeated if a team played solid football against them. The Bulldogs were hoping to be the team that would pull off the upset but understood it would take their best effort of the season.

The Bulldogs made too many mistakes and had untimely penalties throughout the contest which stalled their offensive production and helped the Longhorns produce scoring drives of their own. Longhorn Nathan Arnold passed for 141 yards and threw for three touchdowns and Bud Icenhour rushed 13 times for 87 yards. The final was 34-0.

Bulldogs head coach Nathan Medlin said, “They were a very good team but we made them look great. We could have played a lot better but turnovers and busted coverages left their wide receivers wide open.”

Claiborne had to fill in the offensive production while Elijah Beason was nursing a knee injury. Bryce Laws stepped up and ran for 94 yards on 12 carries. Hadyn Hollin led the Bulldogs in receiving with 48 yards on two catches.

The Bulldogs have a bye next week and they will use that time to heal players and work on limiting mistakes and penalties.

They will play next in a home game Oct. 13 as they welcome yet another good team into town as the Chuckey-Doak Black Knights will be their opponent. The Knights have a 4-3 record and will play Grainger Oct. 6. Claiborne now has an overall record of 3-4.