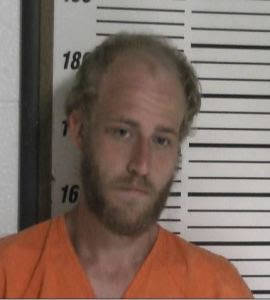 The Tennessee Bureau of Investigation has a new addition to its Top 10 Most Wanted list: Ezekiel Lee Thompson.

Thompson, 25, is wanted by the Cocke County Sheriff’s Office and the Tennessee Bureau of Investigation to face charges of felony escape, aggravated assault and reckless endangerment. Those charges stem from an incident that occurred early Thursday morning at the Cocke County Jail. Thompson, an inmate, assaulted a corrections officer and fled the jail on foot.

Thompson is a white man with blonde hair and blue eyes. He stands 6 feet 1 inch and weighs approximately 220 pounds. He has a cast on his left arm. Thompson should be considered dangerous. Anyone with information about his whereabouts should contact the TBI at 1-800-TBI-FIND. There is a reward of up to $2,500 being offered for information leading to his arrest.