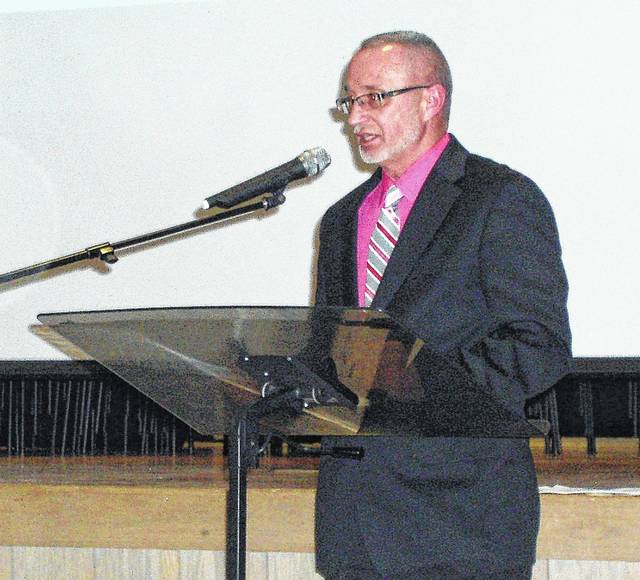 Dr. Joseph Miller, director of schools, has penned a letter to Claiborne County commissioners requesting that they look into a proposal by Energy Systems Group. The item will be considered during the upcoming meeting of the Claiborne County Commission.

The Claiborne County Commission will mull the benefits of a school system energy savings program during its Oct. 16 meeting. Dr. Joseph Miller, director of schools, has penned a letter to the commissioners requesting that they look into a proposal by Energy Systems Group (ESG).

“The services that ESG provide are budget neutral, meaning that the monthly and annual costs are absorbed through maintenance and energy usage savings. In other words, there are no budget implications for the school district or the county commission,” stated Miller, in his letter.

Preliminary analysis conducted by ESG, he states, estimates over $175,000 per year in energy and operational savings. Analysis also projects $3,000,000 of self-funded upgrades, with no new funding or tax increase for the county, he added.

Project funding would occur through a low interest loan from the Energy Efficient Schools Initiative (EESI), which was established by the Tennessee General Assembly in 2008 to improve energy efficiency in the state’s public K-12 schools.

The Initiative has spent over $87 million, to this end.

According to Miller, any energy and operational savings gleaned from this program will be used to pay off the EESI loan.

“Should there be a shortfall in savings to cover the cost of the loan payment, ESG commits to cover the discrepancy,” states Miller’s letter, in part.

If approved by the EESI technical advisory board, incentives can be had through the Tennessee Valley Authority that will assist in funding the project.

The Group also offers education in reducing operating costs and repairing aging infrastructure, according to its pamphlet.

In other action, the commission will decide whether to destroy a storage structure, located on the north side of the Highway Department building on Blue Top Road. According to resolution 2017-068, problems with the storage building, which floods on a regular basis, cannot be remedied unless the county agrees to cover the expense of raising the entire building approximately four feet.

“…water in this storage area presents a safety and mold issue for the workers, and makes the building unsuitable for storage of any equipment and supplies; and the Loss Control Engineer for the liability insurance carrier for the county, has identified a lot of work that must be completed to the entrance between the two buildings that would need to be accomplished in order to make this safe for workers,” states the resolution, in part.

Resolution 2017-067 requests permission for the Claiborne County Sheriff’s Office to declare a list of vehicles and parts as surplus equipment. Included in the list are three Ford Crown Victoria cruisers, two Ford vans and a Jeep Cherokee.

If resolution 2017-069 is adopted, the Upper Room Ministries would be in line to receive a donation of $2,400. According to the resolution, the Ministries distribute approximately 220 boxes of food each month to county residents — something for which the donation would help.

The school system has three resolutions up for vote this month. The first simply requests that $5,925 in insurance recovery funds be added to the General Purpose Budget.

The second resolution will, if adopted, allow the school system’s General Purpose Schools Budget to be amended to reflect $280,560 in transferred money. The transferred funds will make up the difference brought about by a decrease in federal funding to cover the current teacher staff, which exceeds the amount originally budgeted.

The last school board resolution, if adopted, will amend the Federal Projects Budget in order to add in a donation to the Gear Up grant and remove the 21st CCLC grant, which the county did not receive.

This resolution involves no state or local tax dollars, as well.

As is normally the case, the commission could add or delete items to the agenda during the opening moments of the meeting.