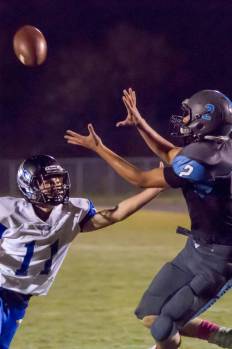 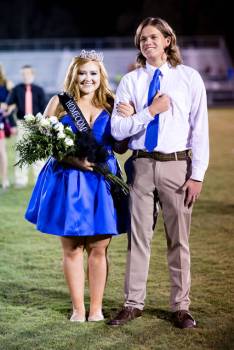 The Cumberland Gap Panthers celebrated homecoming October 13, with their opponent Cosby. The Gap won the toss and elected to receive. The Panthers defense held and forced a punt. On offense, Jayson Upton scored from 18 yards out to give his team the lead. Nich Neverstitch’s PAT was good. That score was the only score during the opening quarter.

During the second quarter, the Cosby QB threw a pass that was picked off by Brady Pearman but Cosby stayed after it and scored next. A quarterback run of one yard and the PAT tied the score.

The Panthers drove 60 yards using passing from Caden Brunsma and rushes from Keaton Cornett to score again. The PAT was no good but the Panthers extended their lead to 13-7 and the first half ended with that score.

Upton returned the second half kickoff 70 yards for another Panthers score. This time the PAT was blocked by Cosby but again the Panthers extended their lead to 19-7. For the remainder of the quarter, both teams moved the ball but had no scores to show for their efforts until Brunsma hit Gage Ellison on a 22 yard TD pass. Neverstitch kicked the PAT through the uprights and the Panthers led 26-7.

Starting the final quarter the Panthers defense played tough football and never allowed the Eagles the opportunity to score. The Panthers added another score by Brunsma set up by Pearman catches and rushing efforts. The score at 6:07 would be the final one of the game and after a good PAT the Panthers led 33-7 and counted the clock down to another victory. The victory was the team’s sixth of the season against two losses. Up next for the Panthers will be the rivalry game against Claiborne which will be held on the campus of Cumberland Gap High School.