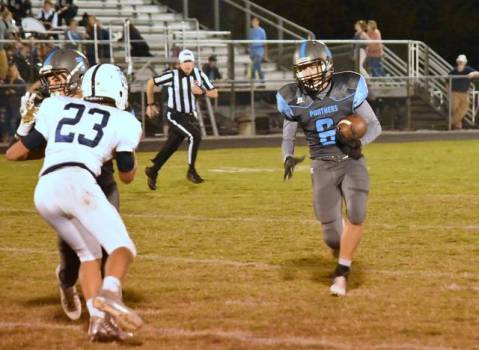 <p>Gage Ellison made big plays for the Panthers when needed.</p> 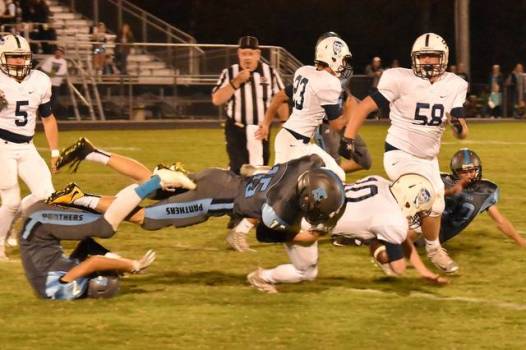 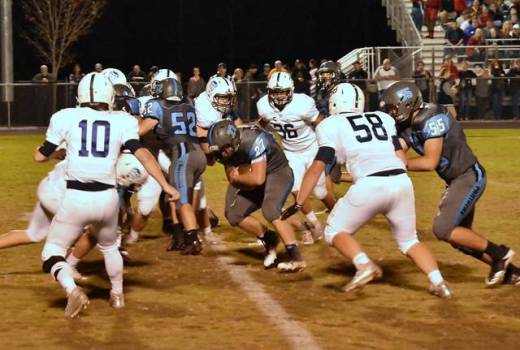 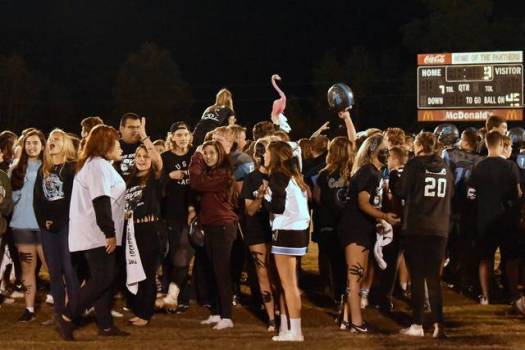 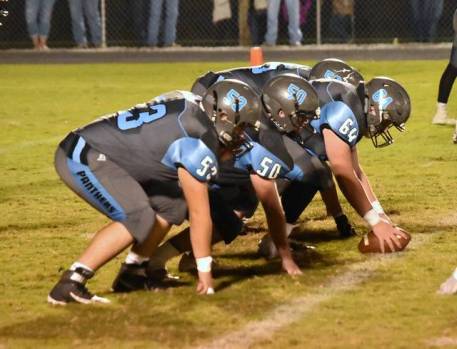 It had been nine games since the Cumberland Gap versus Claiborne rivalry has been refreshed by a Panthers victory but this October 20 game had a different feel for the Panther Nation. The hosting Panthers have had a great season and were looking to make it even better with a streak-breaking win over their rival.

Claiborne is on the cusp of a playoff berth and needed to keep their momentum from last week’s win against Chuckey-Doak going.

After the Panthers celebrated their seniors it was game time before a juiced crowd. Claiborne’s Eli Stone got the scoring started with a 60 yard strike to Hunter Rosenbalm. Grayson Howard’s PAT was good and the visitors held the lead 7-0. The Panthers responded with a drive that ended in a Matthew Muggridge rush covering three yards. Nick Neverstitch added the PAT to tie the game at seven. During the second quarter neither team found the end zone leaving the score at the half tied at seven.

The Panthers needed to respond to break the Bulldogs momentum and did just that on a Muggridge 17-yard TD run. The Neverstitch PAT was true and the Panthers had their first lead at 14-13. The Bulldogs didn’t get anything going on their next drive but when the Panthers got the ball early during the fourth quarter Gage Ellison scored at the 10:33 mark. The Bulldogs special teams again made a huge play by blocking the PAT, 20-13

Needing to answer that score Stone and Hadyn Hollin hooked up at 2:46 for 88 yards for the touchdown and after the PAT went through the uprights Claiborne had tied the game at 20. With 2:11 remaining in the game Upton broke loose on what ended up being the winning score at 2:11. His 58-yard rush and another blocked PAT by the Bulldogs left the score 26-20 in favor of the Panthers.

Claiborne had one last chance to tie the game or get the win but the drive was stopped when the clock hit zero. The streak of nine consecutive Bulldogs wins was over. Students celebrated the win on the field with their team.

Following the game Panthers head coach DeLynn Cline spoke about his team and ending the Claiborne streak, “I’m happy for the team. They worked so hard tonight and they were sick and tired of hearing about that streak. Both teams played hard and we made some stupid, bone-headed mistakes but we played our tails off and got the win.”

At the end of the game Claiborne had allowed 323 yards rushing. The Bulldogs tried to overcome this with 223 yards passing but ran out of time.

The game was one of the best in the series history with fans from both sides happy to see the effort by two well-coached teams. With the win the Panthers improved their overall record to 7-2 and the Bulldogs fell to 4-5. The Panthers will travel to powerhouse Rockwood October 27 and the Bulldogs welcome North Greene into town for a big conference game with playoff implications.