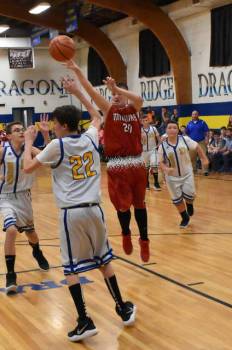 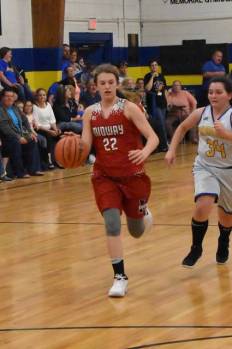 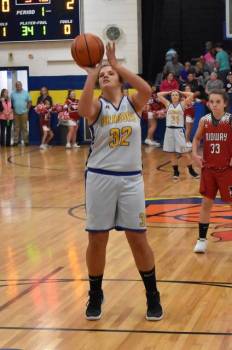 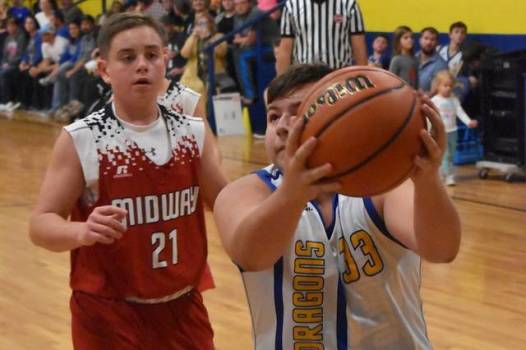 The Forge Ridge Dragons hosted the Midway Red Devils November 2 for three games of basketball. First to take the court were the future of the programs as the junior varsity girls took the court. The Lady Dragons won the contest by the final score of 8-6 in a low scoring contest.

The varsity girls were next on the court and Kylie Fultz immediately started scoring the basketball for the Lady Dragons. At the half the home team led 15-2 and Midway was looking for a little offense. The Lady Red Devils tried to right the ship but they could not find the hoop. At the end of the game it was the Lady Dragons taking the win at 26-6. Leading them in scoring was Kylie Fultz with 13 points while Hayle Muse dropped in seven points. Abbie Fultz scored four points and Halle Greene rounded out the scoring with two. Midway was led by Gracie Ray with three, Emma Myatt had two and the final point belonged to Chloe Boatright.

The final game of the night featured the varsity boys. This was a good game throughout as the two alternated leads on the scoreboard multiple times. Going into the half the fans were watching a 19-15 contest with the Dragons holding the advantage. The second half did not disappoint as the good play continued. The Red Devils turned on their pressure defense and that allowed them to catch up and assume the lead. Both teams swapped the lead several times and during the final period but it was Midway behind a 17-point effort from George Smith that won the game 36-34. Two Red Devils added six points each, Conner Sams and Tyler Myatt. Levi Peoples had five and rounding out the total was James Satkowski with two. The Dragons also had one player to drop 17 points and that was Nick Bray. Dillion Greene finished with eight. Gabriel Peterson dropped in four, Brian Baker had three and Rusty Wachter completed the scoring with two.

The cheer teams from both schools stayed busy on the baselines and on the court during times the basketball teams were not on the court.