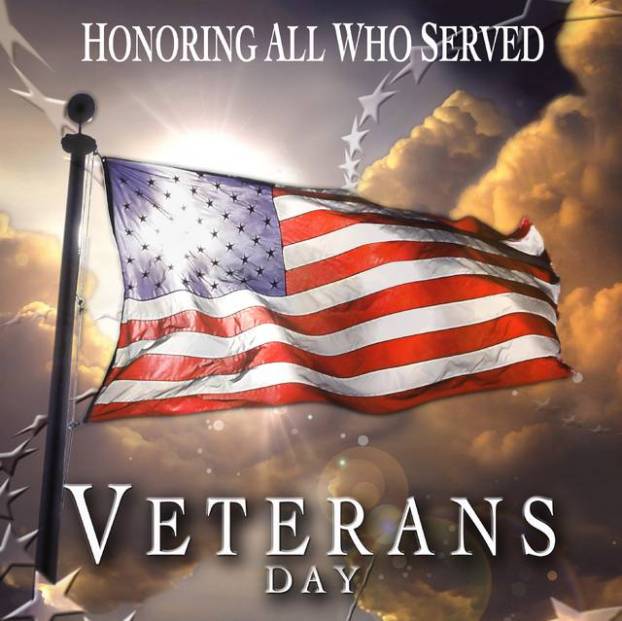 A salute to veterans, past and present

Veterans Day is an official United States public holiday, observed each year on November 11. The day celebrates the service of all U.S. military veterans.

In the Tri-State Area, there is hardly a community, large or small, that doesn’t have family members, friends, or neighbors currently in one of the branches of military service. They serve here in the USA and around the world.

The day of celebration was known for years as Armistice Day. On the eleventh hour of the eleventh day of the eleventh month of 1918, an armistice (temporary cessation of hostilities) was declared between the Allied nations and Germany in the first World War, then known as “the Great War.”

It was not until 1954 that Congress voted to replace “Armistice” with “Veterans,” and it has been known as Veterans Day since. In the change, Americans were encouraged to honor all veterans, of any military service, in a variety of ways.

From family reunions to church services, from parades to fun and games, and from remembrances of those who are no longer with us to those who may be scattered around the world, Veterans Day remains important and its observances often depend upon both family members and community leaders.

Many restaurants, commercial organizations, and civic groups will offer free meals, special programs, and other types of recognition and appreciation.

The basic idea is to applaud those veterans who are living in our communities, who are our hometown heroes, and who have earned our gratitude for helping in a very real way to preserve the American way of life. And, to paraphrase an old saying, we should “…give them the roses while they’re living.”

There are tributes to deceased veterans on Memorial Day, and those service men and women whose gallantry and risk of life was above the call of duty have been honored in a unique way. They have been awarded the United States Medal of Honor, often posthumously.

Two of those, and possibly others, were born in the Tri-State area. One, Leonard Foster Mason, was born in Middlesboro, Kentucky; the other, Boone T. Harris, was born in Tazewell, and his home of record is listed as Jonesville, Virginia. Both men served in the U.S. Marine Corps at the rank of Private First Class, and both died as a result of their extraordinary heroism in mid-1944.

In remembering these heroes from the past, this Veterans Day offers us a great opportunity to also remember those who live among us and who rank high in our estimation as important to the present and future of a great land.

(Writer’s note: This is the first in a series of features highlighting Americana as reflected through our county’s small businesses.)... read more