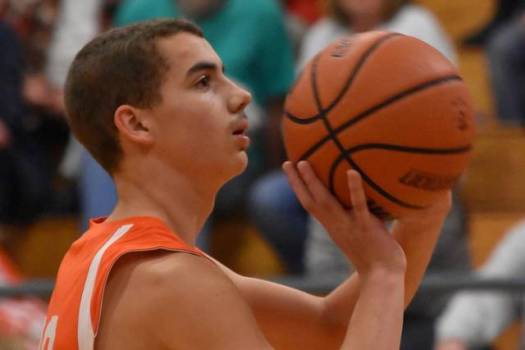 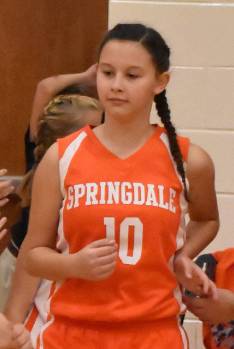 The basketball Owls of Springdale Elementary traveled to meet the Red Devils of Midway Elementary on the hardwood Nov. 14.

Taking the court to begin the first of two games were the girls and Springdale’s Lady Owls put on a show for their fans. Those Lady Owls started putting the ball in the cylinder early and didn’t stop. Led by Ily Bussell, the Lady Owls scored eight in the first period to Midway’s two points scored by Tiarra Warwick. Her basket was the only one the Lady Red Devils had for the entirety of the contest.

An 18-2 halftime lead ended up being a 26-2 Lady Owls victory with Bussell leading the way in scoring with 12. Allie Jones and Jacey Ferguson both dropped in six points each. The total was completed by a basket from Graci Cupp.

The final game of the night featured the boys teams and for half the game fans saw a close game. The Owls and Red Devils played to a 18-13 first half ending with the visiting Owls holding the slight advantage. It was during the third period when the Owls took control of the game for good. They began running their half court set and it was very productive as they were able to swing the ball quickly around the perimeter looking for the open shot or the cutter.

The score was 29-15 after three periods and Midway struggled to find the hoop during the fourth. The Owls had pushed the score out to 38-15 when the clock expired. Leading the Owls in scoring was Ethan Cupp with 11. Brody Hamlin finished with 10. Eli Poore dropped in seven points while Josh Bolton finished the game with six points. The other four points were distributed equally between Jaris Bunch and Vince Bolden. Jake Smith led the Red Devils with six points. Korbin Hatfield had four. Elliott Hubbard finished with three and Tyler Epperson completed the total with two.