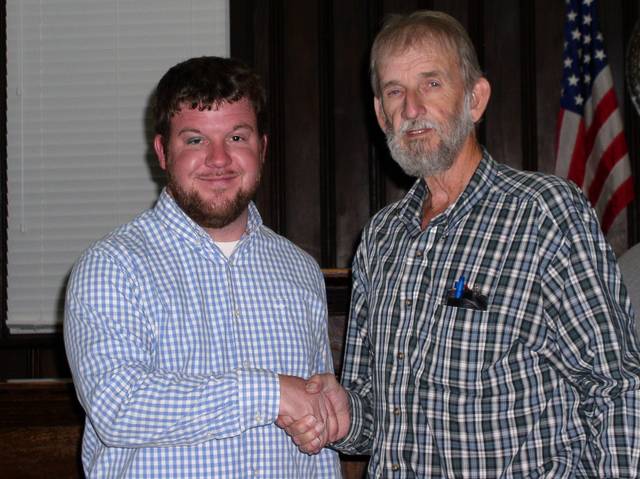 Sunset Digital plans to use excess dollars from a $2 million state grant to expand its services further into Claiborne County, at no cost and with no new tax dollars involved.

Long said the Tennessee Community and Development funds would be used to increase coverage in nearby Hancock County. Leftover money would allow Sunset Digital to plump up its coverage in Claiborne, as well.

The plans, he said, are to move into the county via Hwy. 33 and provide connections toward U.S. 25E.

“What we’re trying to do, with the next round of funding, is to connect all the way into 25E so we can move into Union and Grainger counties. I wanted to do a little bit better, but through FCC guidelines, it shows in some of your areas, it’s served when it’s really not.

“I didn’t have enough time, on this round of funding, to argue the case,” said Long.

Sunset Digital currently covers from 30 percent to 40 percent of the county. Long estimated that within five years all of Claiborne should be receiving service.

It looks as though the county landfill budget will take an unexpected hit, courtesy of major repairs needed on a piece of main equipment. Mike Russell, director of the Claiborne Landfill, said it would cost up to $23,000 to repair the transmission in one of the two trash compactors the landfill must have in operation to conserve space.

“The one we have is so old that, if you put that kind of money into it, it’s not going to be worth any more than it is before the transmission went out,” said Russell.

Based on last year’s figures, he said a month’s space of landfill costs the county $26,000.

If the landfill were forced to use the D5 dozer, Russell said his department would lose three month’s space which equates to almost $80,000.

He said he had found a totally refurbished 2005 Trash Master, which is twice the size of the current one which means twice the compaction work. The refurbished equipment would cost $79,000 and comes with a four month warranty, he said.

Russell said the compactor would pay for itself in a year and would have a life expectancy of at least ten years.

The 600 horsepower Cummins is equipped with a hydrostatic drive, made to handle the 33 percent slopes inside the county landfill.

Russell estimated that a new Caterpillar compactor would cost $850,000. A refurbished one, half the size of the proposed one he tracked down, would cost about $300,000.

He said he was unsure how much it would cost to transport the compactor from Kansas. A deal could be struck to swap out the old compactor in exchange for the cost of transport.

The Kansas company, he said, was interested in purchasing the old one for $10,000 to $12,000. However, a $600 certified appraisal would be needed, if the county decided not to bid the equipment.

He warned the commissioners that a few budgeted projects would be affected by the unexpected breakdown.

Commissioner Steve Mason suggested taking out a capital outlay note to pay for the compactor.

“That would be better than taking all the money out of your balance,” said Mason.

Chairman David Mundy said the county needs to move forward with the purchase. He suggested a capital outlay note be taken to reimburse the landfill budget for the cost.

In another matter, Russell said he had applied for a grant to expand the Springdale convenience center. If approved, the county would need to initially come up with $60,000. The county would be reimbursed 80 percent of those funds via the matching grant, he said.