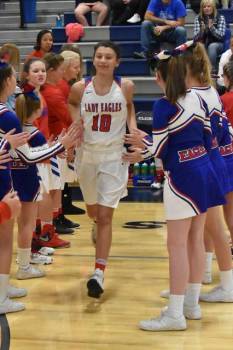 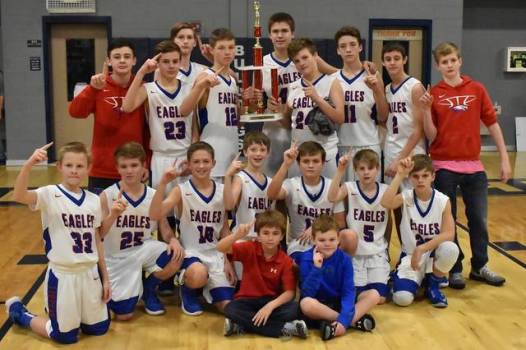 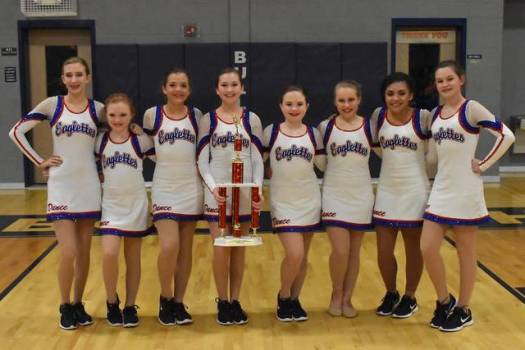 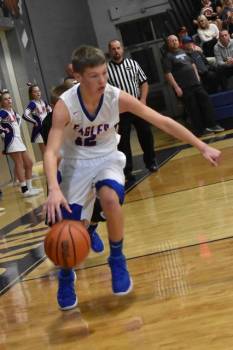 <p>Elijah Lawson led Livesay with 12 points and was named MVP.</p> 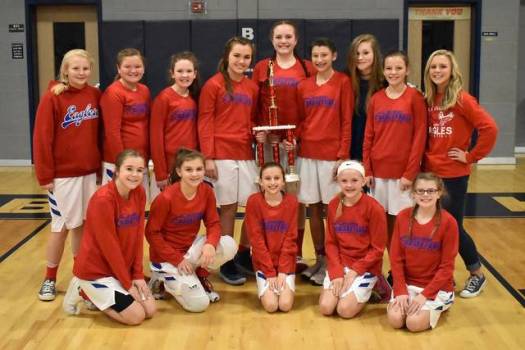 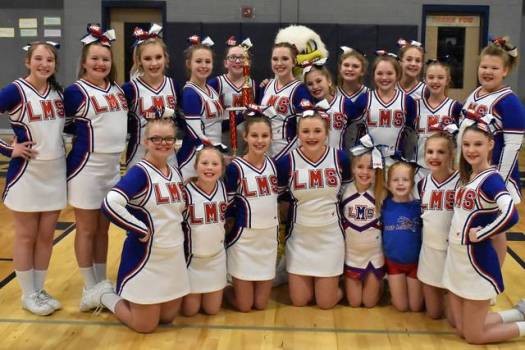 December 7 was the night that the Claiborne County Middle School varsity teams were ready to compete for the trophies. The first two of four were the consolation games to determine the third and fourth place teams.

Taking the court first was the SMMS Lady Blue Devils battling the Midway Lady Red Devils. Midway was able to score early and cruise to a 24-14 victory. Next were the Midway Red Devils and Powell Valley Indians for the boy’s third and fourth places. The Indians grabbed the early lead and went on to grab hold of the third place trophy by winning 25-23 but had to hold off the Red Devils late charge.

The girl’s championship game was on the floor next and HY Livesay used pressure defense to help them get easy baskets on the offensive end and led at the half 22-7 over a Lady Dragons team that couldn’t get the shots to fall. The Lady Dragons made the first run in the third period but the Lady Eagles came on strong and finished the third leading 34-10. Forge Ridge was looking tired going into the final period mostly due to the Livesay pressure defense. The Lady Eagles hit their shots when needed and were able to win the game and the 2017 Claiborne County Varsity Middle School Girl’s Championship by the final score of 48-17. Leading Livesay in scoring was Ashtyn Meyers with 15. Neveah Kerns had 13, Taylor Pressnell had nine, Jaden Brock finished with seven and Addie Brooks had four points. For the Lady Dragons, Abbie Fultx led with seven, Hayle Muse had six and the total was completed by Kylie Fultz with four.

The boy’s championship was the final game of the night. The Livesay Eagles and SMMS Blue Devils were the last two teams standing but these two rivals started off slow. With 1:33 left in the first the score was 2-4 in favor of the Eagles. The Blue Devils held the lead after one 7-4. The Eagles tied the game at 10 midway through the second and then SMMS went ahead 17-12 and then the Eagles stormed back to tie at 17. The last 1:35 of the first half was scoreless and the teams went into the locker room tied at 17. The Eagles hit the first basket coming out of the break and the two then traded three pointers. At the 2:22 mark, the Eagles led 24-21. At 1:38 the score was tied at 24. At the end of the third the Devils had Livesay rattled a bit and held the lead 28-24.

The Eagles kept after it and with 5:00 left were down by only two. The two teams went back and forth and at the 3:21 mark it was a one point SMMS lead at 31-30. The Eagles went ahead and then the Devils responded and led by one at 34-33. The Eagles answered from the free throw line to take the lead back 35-34. It was chaos during the last minute as Livesay grabbed a three point lead. The Eagles then grabbed a five point lead at the stripe when the Devils had to foul, and secured the win by the final score of 40-37. Elijah Lawson led the Eagles in scoring with 12. Hyrum Hinckley had eight, Trace Provins had seven, Aiden Jackson had five, Logan Napier finished with four and Eli Estes along with Wes Bunch finished with two each. The devils were led by Logan Daniels and Landen Wilson with 11. Challen MAssengill had six, Zach Bailey had five and Seth Morelock along with Jason Green finished with two points each.

The Livesay Eagles completed the grand slam by taking home all four first place trophies, including dance and cheer.