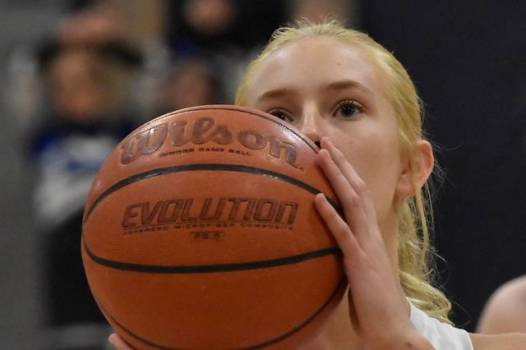 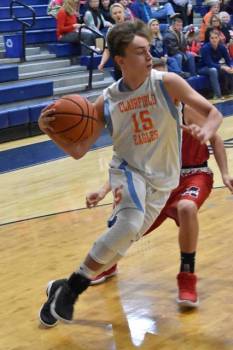 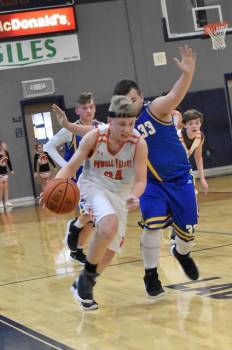 The annual Claiborne County Middle School Varsity Basketball Tournament got underway Dec. 4 at Claiborne High School. There were three 20-plus scoring performances, including Gracin Gerber from Clairfield with 27 in a loss to Midway, Hailey Sexton from SMMS with 20 in a win over Powell Valley and Lance Owens with 22 in a win over Forge Ridge.

During the opening game, the SMMS girls took a 39-8 victory being led by Sexton. Hannah Fugate scored 11, Madison Ray scored three, Bailey Poore and Makenzie Walker each dropped in two while Ereaunna Ford completed the total with one point. The Lady Indians were led by Hailey Smallwood with six and Addi Nelson had two. The halftime score was 19-0 in favor of SMMS.

Midway and Clairfield boys were featured in the second game and Midway took a 17-14 halftime lead and won 45-35. Tyler Myatt led Midway in scoring with 14, Levi Peoples had 10, George Smith nine, James Satkowski and Cooper Sams had four each and Austin Bowen along with Conner Atkins dropped in two. For Clairfield, Gerber finished with 27, Bradley Hicks had four while Jessie Marlow and Nathan Marlow each had two.

The third game featured Midway and Clairfield girls. Midway led at the half 20-0 and won 25-5. Leading Midway was Gracie Ray with 12, Emma Myatt had six, Izabella Cosby had four, Kinley Cox two and Tiara Warwick a single point. Clairfield was led by Carly Mazingo with three and Sarah Ball with two points.

The final game was a boy’s contest between Powell Valley and Forge Ridge. The Indians took a 20-4 halftime lead and won 43-10. Owens dropped in 22 to lead the Indians while Justin Moore had 11. Riley Edwards and Dylan Ellison both had four points. Andy Osborne competed the total with two. Powell Valley was led by Nick Bray with 8 and Dillon Green with two points.

Day one concluded and the teams went home to prepare for the Dec. 5 second round games.