Thumbs up on phase I of subdivision project 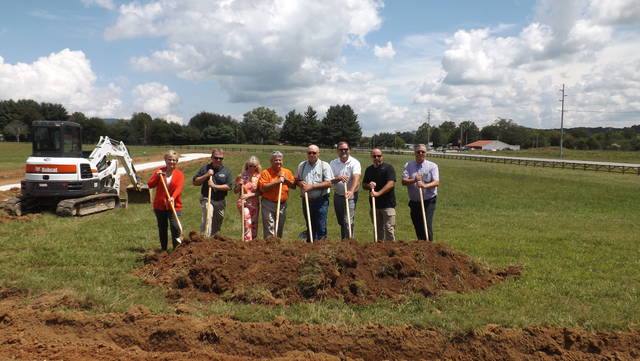 Developers break ground on the first planned subdivision inside Claiborne County in nearly a decade. The Claiborne Regional Planning Commission approved phase I of the road status for the Valley Meadows Estates subdivision last week, during its regular meeting.

First on the agenda was the phase I road status review for the proposed Valley Meadows Estates – the first subdivision project inside the county in nearly a decade that will likely see completion.

Mason said during the meeting last week that the roadbed gravel and binder coat are down and that he is awaiting approval for the laying of the topcoat.

Ronnie Pittman, superintendent of the county road department, had suggested waiting on the paving because of the amount of ‘tonnage’ that would pass over the roads during the construction phase of the subdivision, Mason said.

He said he had initially suggested paying the paving company ‘upfront.’

“If you do that, and we accept it, and say some catastrophe happens and he (the paving contractor) is no longer in business, he’s got your money.

“Say you can’t come back and finish it and recoup that money, the county would have to finish that road,” said Brooks.

Instead, he suggested that Mason deposit for hold at the Claiborne Trustee’s Office a $6,000 cashier’s check. Brooks said the check would serve simply as a secure funding mechanism to protect county taxpayers in the event something goes wrong.

The commissioners agreed that the paving estimate should include a price guarantee so that any increases in materials or labor within the next year would not affect the amount stated on the certified check.

The commission unanimously approved phase I of the subdivision.

Mason requested that the commissioners postpone any review of phase II, which was also on the monthly agenda.

Apparently, phase I will include work toward the creation of the first six houses inside the subdivision. Each structure is expected to sit on one-half acre lots and will provide the underground running of utilities including electric, water and internet services.

When completed, the subdivision will have no Homeowner’s Association (HOA) fees.

The next item on the agenda concerned the subdividing of the Bunch Farm, effectively slicing 3.3 acres from some 33 acres of land located along Holt Ridge Road, just off Dogwood Road.

The commission spent a bit of time reviewing the copies of the plat before deciding which one should be recorded at the courthouse.

Planning commissioner Roger Poore suggested transcribing a certification notice from one of the copies of the plat to the original one, before having it recorded.

The commissioners unanimously approved the creation of the minor subdivision.

In other action, the commissioners agreed to pull, at the owner’s request, the Mountain View Estates/Petro Property matter from the agenda. Apparently, the owner does not intend to pave the roadway, which would have become the Petro Lane extension of Orange Lane, off of Wilson Gap Road, according to the agenda.

It was suggested that each commissioner take the month to carefully read over the proposed changes and return next month with their individual takes on the draft.

The next meeting of the Claiborne County Regional Planning Commission will occur at 12:30 p.m. on Jan. 9, inside the Claiborne Chamber of Commerce meeting room. The public is encouraged to attend these informative meetings. 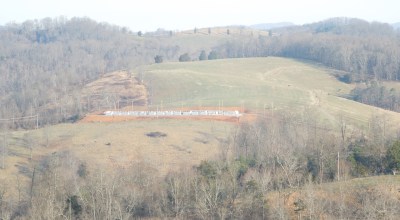