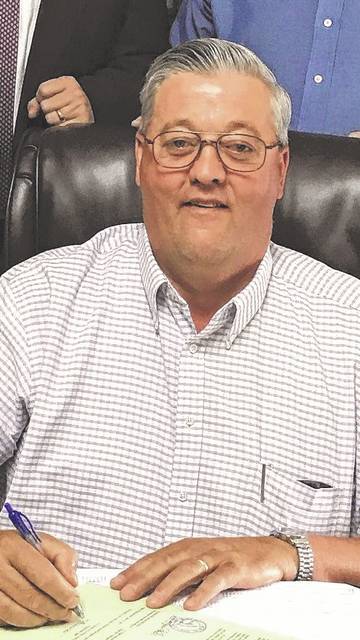 In arguably one of its briefest meetings, the Claiborne Commission managed last week to effectively approve the project to create another Industrial Park, giving its rubber stamp to the taking of a capital outlay note to help fund the project.

The Claiborne Industrial Development Board wants to create a new Industrial Park with the help of a five-year $250,000 note. Existing monies from Fund 119 is expected to cover the remainder of the proposed $510,000 project costs.

If all goes as planned, the county will develop 34 acres currently belonging to the Russell Brothers, located adjacent to the Claiborne Animal Shelter and the railroad.

According to resolution 2017-076, the Industrial Board has determined it would improve the growth of jobs in the county if the proposed park was made available to prospective industry.

“The Industrial Board anticipates that this property will meet the state criteria for a state certified industrial site, which will result in the Economic Development Division of the State of Tennessee assisting in advertising and marketing,” reads the resolution, in part.

Apparently, Fund 119 currently holds enough money to cover the entire purchase price and initial development phase of the project. However, using the entire balance would deplete any reserves, which is something the county strives never to do with its budget.

“While I’m in full support of bringing industry, I’ve had some people in the district that’s contacted me and asked me ‘why not use what’s in that fund balance, first,’” said commissioner Anthony Rowe.

He questioned whether the reportedly $170,000 left in the balance would be adequate.

Claiborne County Mayor Jack Daniels said the reserves must stay inside Fund 119 in case of new business that might want to locate here.

“We have to accommodate anything they might need,” said Daniels.

Commissioner Dennis Estes reminded his fellow members of the one cent reduction, equal to some $52,000 in funding the county took from the Industrial Development Board budget during the county budget negotiations.

According to Daniels, the Industrial Board had spent some four years in search of the perfect property to develop the park.

In other action, the county unanimously adopted a last-minute resolution sponsored by commissioner Charlton Vass to pay the final two bills owed for the Tazewell Downtown Revitalization Program. The resolution calls for the transfer of $38,778.17 from the undesignated fund balance to the capital projects fund.

“This will show you the speed at which government moves. We agreed on this grant back in 2011. It’s finally coming to fruition,” said Vass, adding he was grateful for the help of all who contributed to the revitalization project.

Commissioner James Hatmaker introduced students visiting from the Saginaw Valley State University in Michigan. The students are currently volunteering their time and efforts at the Clearfork Community Institute, located in the Clairfield community.