Claiborne falls at home to Grainger 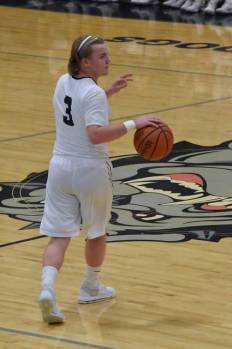 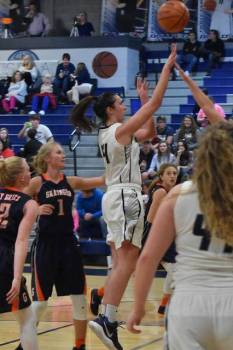 CHS led after one period of play during the JV girls game but Grainger went on a run to lead at the half 17-8. The Lady Grizzlies continued playing well and led throughout the third and fourth period to win 47-28. Leading the Lady Grizzlies was Josie Horbin with 15 and Kaylee Cox led CHS with 14 points.

The JV boys game was next and the Bulldogs kept up with the Grizzlies, taking the lead before the end of the first 19-13. They continued their great play and led at the half 38-24. The Grizzlies made a third period run and were down by only eight, 40-48. The Bulldogs held off the Grizzlies for the win by the final score of 61-56. Leading the Bulldogs in scoring was Blaine Caylor with 13. Brody Grubb led Grainger with 15 points.

Next were the varsity games starting with the Lady Bulldogs versus the Lady Grizzlies. CHS began the game playing well and kept pace for the first five minutes of the game until Grainger did what they do and went on a run. The Lady Grizzlies absolutely owned the offensive rebounding during the opening period and led 29-10 after one period of play. Lady Bulldogs’ turnovers played a big role in helping Grainger pull away even more during the second period. GCHS led at the half 46-21. During the third period Grainger rolled on away to lead 62-26. The final score was 71-29 as Claiborne didn’t find any momentum. Tori Rutherford led the Lady Grizzlies with 19 just edging teammate Haley Crane with 18. The Lady Bulldogs were led by Cheyenne Tolliver with 12 points. Kaylee Cox had seven. Sarah Fultz and Macie Sumner finished with four points each and Lucy Shockley rounded out the total with two points.

The final game featured the Bulldogs trying to win back to back games after defeating rival Cumberland Gap last week. Grainger was a thought to be a more rounded team and the fans knew their team was in a battle. Grainger came out strong and were making shots both down low and outside. Claiborne tried to counter but fell behind 21-15. Going into the second period it was much the same for the Grizzlies as they kept scoring but still couldn’t shake the Bulldogs. CHS stayed within 10 points for most of the second period and ended the half down 23-31.

The Grizzlies pulled out a little during the third period and led 54-37 but the Bulldogs weren’t playing bad. Claiborne lost even more ground during the final period, falling 48-72. Leading the Grizzlies in scoring was Dalton Conn with 31 points. Claiborne was led in scoring by Elijah Beason with 18 points, Houston Hatfield had 12, Evan Ickes had five, Hunter Rosenbalm had four and Kade Beeler finished with three points. Ty Stone, Jacob Williams and Daniel Atkins all scored two points each to round out the total.