Josh Schertz leading his team to another remarkable season 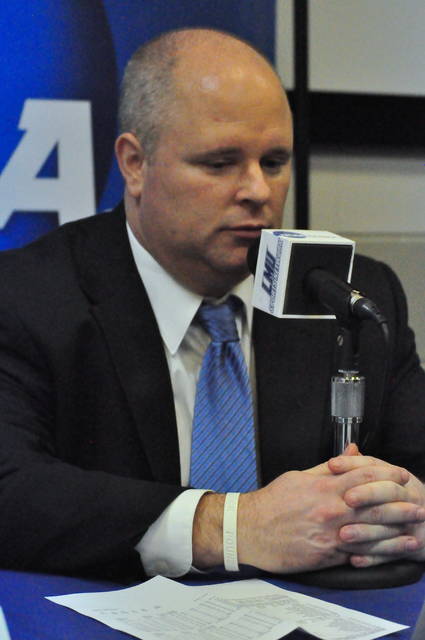 LMU’s Josh Schertz and team is still winning and reaching toward lofty goals.

Josh Schertz and his basketball teams have the habit of being ranked near number one in the country or challenging the number one team in NCAA’s Division-2.

This time, the fifth ranked ‘Splitters went on the road and defeated Queens 73-72 in a difficult-to-play-in Levine Center.

Although Schertz would be the first to give his players and assistants credit above all, LMU fans know different. They see the passion Schertz puts into his team’s success and know that having 200 plus wins definitely leaves a little room for Schertz to carry a heavy bit of credit. Schertz, in addition to spending so much time in Tex Turner Arena, still finds time to watch his son Jaden play basketball at Cumberland Gap High School.

The Railsplitters’ only loss this season was to a Northwest Missouri State program that was at the time also ranked No. 1 in the nation.

Schertz and his team came close to finishing as the 2016 NCAA D-2 champion and that drives him to get his team back to and accomplish the feat never done at LMU. His fire and total commitment to making his program the best could surely lead him back to the 2018 NCAA Division-2 National Title game to be held in Sioux Falls, South Dakota, at the Sanford Pentagon.

But for now, fans will have to cheer for a South Atlantic Conference regular season title and post season title before even thinking about the NCAA tournament and that’s exactly how Coach Schertz would want his team’s attitude to be.

For information on the Railsplitter’s program or remaining 2017-18 schedule log on to www.lmurailsplitters.com.