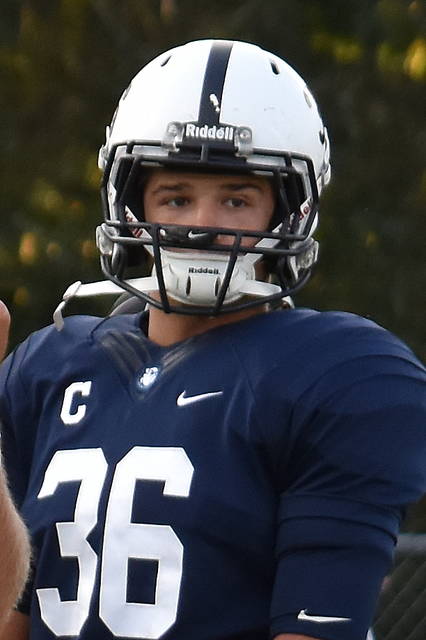 Lukas Neely looks over to his defensive coordinator during an early game for Claiborne High School.

Lukas Neely is once again making news as he is winding down his senior season at Claiborne High School.

As a football player, Neely has been stacking up on post-season football awards. He has received district, regional and now state awards as he was named to the Tennessee Football Coaches Association All-State Team making him one of, if not, the most decorated player in the history of the Claiborne Bulldogs which began play in 2003.

Neely is listed as a defensive lineman but had the versatility to play linebacker and even found substantial time on the offensive side of the ball. His incredible 2017 season will be the one all players are compared to in the future.

Fans and coaches of the program wish Neely the best as he considers extending his playing time at the college level.