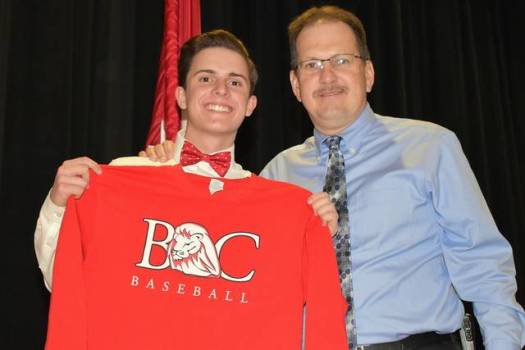 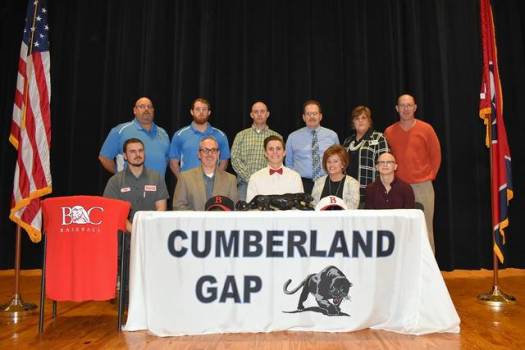 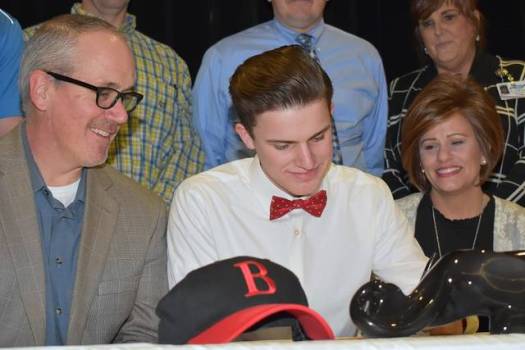 When asked about how he came about the decision to attend Bryan Cannon said, “It came together on a D.R. mission trip. Coach Hasty and I were both down there together and I played in a baseball game and fast pitch softball game and he liked what he saw and started talking to me about Bryan. It was through that trip that I ended up being asked to play for them.”

“Baseball is my passion and I’d like to thank Coach David Hamilton, Jeff Murphy and some mentors like Hunter Bayless and Joe Faulkner. They have helped me so much.”

When asked about what kind of player that Bryan is getting, Hamilton said, “Bryan is not only getting a great player but they are getting a great person. He will represent Bryan College well.”

He signed his letter alongside his parents, Scott and Shannon and with brothers Colby and Jeremiah. When Cannon isn’t on the baseball diamond he can be seen on the sidelines of all the other sports assuming the role as number one fan.