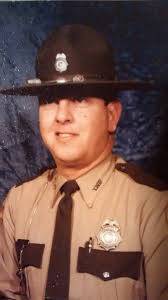 The Claiborne Commission will be deciding during its next meeting whether to rename the Powell River Bridge in honor of the late Douglas Wayne Tripp, the Tennessee trooper who was murdered in 1991, in the line of duty.

The veteran trooper was shot ten times in the head, neck and shoulder areas with a .22 caliber rifle, while sitting in his cruiser at the Tazewell Muffler Shop. The murder occurred minutes before midnight on May 18. Tripp was pronounced dead soon after, on May 19.

Tripp was reportedly shot to death because of a speeding ticket. The killer, John Henry Wallen, was initially convicted of first-degree murder and sentenced to life in prison. The appellate court reversed the conviction in 1995 and remanded the case to trial.

Appellate court Judge Penny J. White stated in her opinion that there was insufficient evidence presented at trial to find for an element of deliberation. Also, White stated that the court committed reversible error by improperly admitting evidence of an uncharged crime.

Tripp, who served 20 years in law enforcement, was 42 years old at the time of death.

Nine additional resolutions will be decided during the commission meeting. Resolution 2018-016 confirms that the county has taken the following actions required to remain a member of the Three Star Program. The document details the county qualifications.

Resolution 2018-015 calls for the adoption of the Ten Year Regional Parks and Recreational Master Plan. The county partnered with Tazewell, New Tazewell, Harrogate and Cumberland Gap to draft the document, funded via a 2017 grant.

If adopted, resolution 2018-014 will waive the costs of reappraisal of properties located within the four cities. The Finance Committee determined it would be double taxation on the city residents if required to pay part of the five-year reappraisal, the resolution states.

Resolution 2018-013, if adopted, will set the next Keep America Beautiful event and incentives for participants. The date is tentatively scheduled for 8 a.m. to 1 p.m. on March 24. As part of the event, a $1 per bag of trash incentive will be offered, if the resolution is adopted.

The commission will also vote on five resolutions presented by the school board that involve no state or local tax dollars.

As is normally the case, items for review could be added or deleted during the opening moments of the meeting.