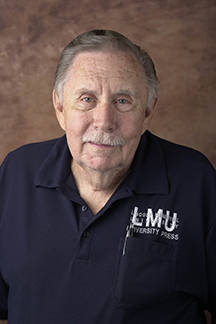 The Tri-State community is mourning the loss of Phillip Wayne Greer, who passed away March 5, at the age of 78.

Greer was well-known in the community for many reasons.

For over 20 years, Greer joined Dr. Gary Burchett on the air waves of 91.3 The Gap, hosting Gary and Phil’s Tri-State Gospel Music Show which was also streamed online and televised on LMU Community TV. They also hosted numerous gospel music concerts at Tex Turner Arena, reaching beyond the Tri-State area.

“It is very hard to realize that Phil has passed away. The suddenness has left my family and myself in a very saddened state of mind,” Burchett said. “Phil and I enjoyed a wonderful partnership as co-hosts for the Gary and Phil Gospel Show for the past 29 years. We were as close as brothers. We’ve lost a really great man.”

Greer was a veteran of the U.S. Navy. According to a release from LMU, he started work there in 1978. In nearly 40 years of service at the University, Greer served in various roles including postmaster, head of maintenance and director of the university press.

“Nearly everyone that has spent time on our campus over the last 38 years had a friend in Phil Greer,” said LMU President Clayton Hess. “He served LMU faithfully, cheered our Railsplitters enthusiastically and shared his faith and love for gospel music through his radio show and the many concerts he brought to campus.”

In addition to his service to LMU, Greer served on the New Tazewell City Council for 38 years as an alderman, some as vice-mayor and he served a term as mayor of the city.

“We worked closely together, especially during the time he was mayor,” said New Tazewell Alderman Andy Duncan. “We got a lot accomplished. Phil tried to do things for the public. He didn’t play favorites; he was very conscientious of that.”

“He really tried to take care of everyone. He had his heart in his service to the community and was always trying to make the right decisions for the community,” he continued.

Duncan spoke of Greer’s work for several years in getting the New Tazewell Airport expanded and the many meetings he attended in Nashville. “Working in city government can be very tiresome, waiting on things to get done, but Phil was very dedicated to following through with things. He wanted to make sure things were done.”

A visitation for family and friends and a celebration of Greer’s life were held on March 9 at Midway Baptist Church in New Tazewell.