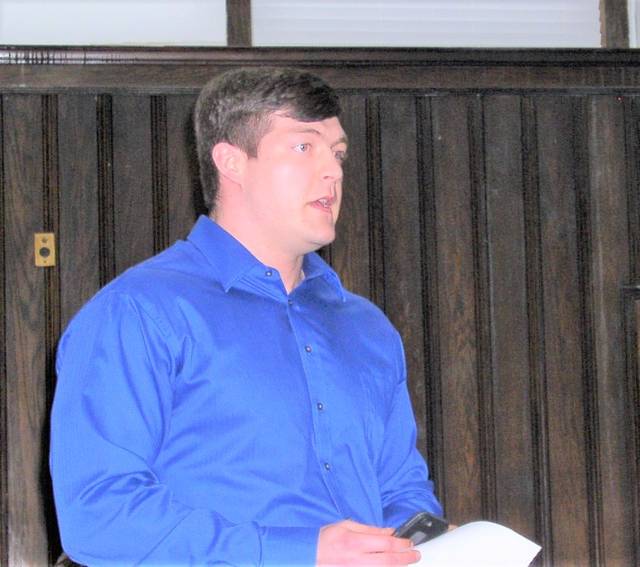 The Claiborne school system is in the process of acquiring a cheaper way to heat, cool and light the various campuses throughout the county. Josh McNeil, account executive with ESG (Energy Systems Group), updated the school board on his progress, during the regular monthly meeting.

McNeil said he had had multiple meetings with the director of schools, to determine the ‘best fit’ from a myriad of options.

He said the option that was chosen will include interior and exterior LED lighting for all district schools and the central office. The parking lots will have photocell lighting on a separate timer, to coincide with sundown to sunup, he said.

Weatherization will include stripping and caulking of windows and doors and additional insulation.

The project also calls for the installation of drop ceilings and new light fixtures.

“It really transforms the look of the classrooms and hallways, and really makes it look like a new school. That’s currently included for Midway, Soldiers (Memorial Middle School) as well as Powell Valley.

“The big concept schools, where there’ll be one light switch that’s for multiple class rooms or one big hallway — we’re going in and changing those and reworking it so that every single teacher will have what’s called bi-level switching/dimming capability, so that they can go in and knock out the first two rows (of lighting). It’s going to give teachers a lot more control,” said McNeil.

The project will include conversion of the massive water heater at Claiborne High School from its existing 600 gallons, 250 watts of energy, to a system powered by natural gas, he said.

That one change, McNeil said, will save the school system close to $10,000 per year.

The project also calls for a switch-out at Forge Ridge of several ‘mini-splits’ (through the wall units) and the updating of HVAC systems at that campus and at Midway School.

“We looked at four or five other schools, in particular the HVAC retrofits. We narrowed it down, saying what’s your most significant needs,” said McNeil.

The next step is finalizing the EESI (Environmental and Energy Study Institute) application and preparing a final contract for approval by the school board, he said.

“That would put us in a really good position to move forward with taking advantage of summer construction. That would, obviously, be contingent upon the EESI funds being available,” said McNeil.

He said the project upgrades will tick off many of the items already on the routine maintenance list, thereby saving a certain amount in funding that would normally go toward maintaining the older, less efficient systems and fixtures.

In other action, the board listened to Blaine Coffey as he detailed the “Just Say Hello” project, funded by the Sandy Hook Foundation. The program focuses on helping to prevent future school shootings by learning to spot those students who are socially isolated.

The program, Coffey said, also teaches the art of striking-up conversations with these at-risk students and learning the warning signs.

“Hopefully, students will make a new friend and become more comfortable engaging with those outside their friend group.

“I’ve talked to other educators who’ve used the program and they say what they like the most about it is, it empowers the students and makes them feel like they’re part of the solution,” said Coffey.

He ended his presentation by referring back to one of three questions he posed at the beginning of his proposal.

He added that he would prefer the school districts to ‘be early.’

The school board will be considering the project and will likely vote on it during the April meeting.

All materials are free and online, once the school district signs on.

The program is expandable from second through 12th grades.