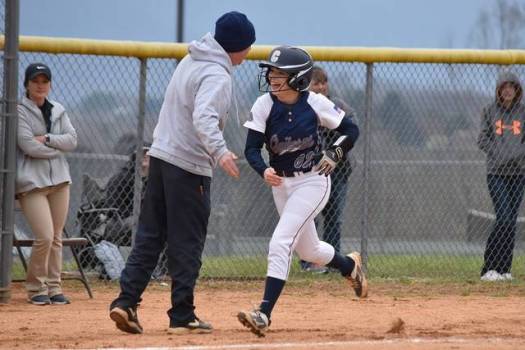 <p>Allen Earl | Claiborne Progress</p> <p>Rachel Cupp rounds third on her first HR and gets a hand from her coach, and father, Steven.</p> 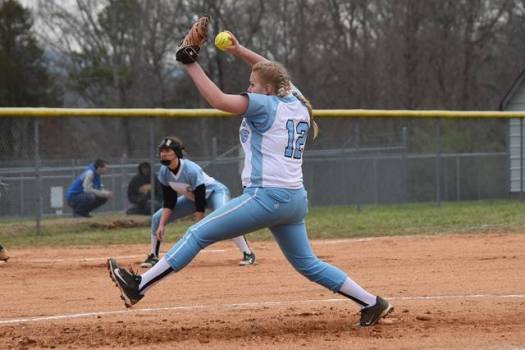 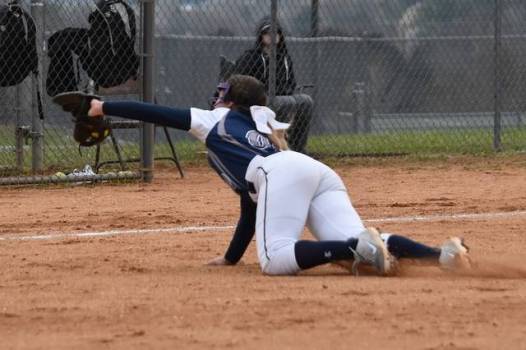 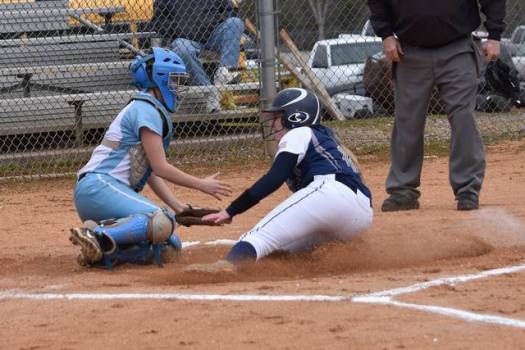 The Claiborne Lady Bulldogs softball team made the trip across the river to do battle with rival Cumberland Gap, March 23.

The rise of Lady Bulldogs softball has been occurring over the last five seasons and now they have reached a place where they can compete against any team in the district. A fly in the ointment has been the Lady Panthers and the Lady Bulldogs wanted this to be a statement game of sorts.

CHS Coach Steven Cupp told his team to start early and not let up because he knew that rivalry games are so unpredictable. His Lady Bulldogs did just that as they had LeeAnn Parker in the circle. Parker pitched four innings, striking out six and walking only two on her way to a very consistent outing.

Parker also led at the plate as she recorded four RBI. Shortstop Kaylee Cox had a three RBI outing as well as Rachel Cupp. Cupp however out shined all of her teammates on this day as she blasted her very first high school home run. Jayda Boyd and Isabell Widner had two RBI each on the way to a 21-2 Claiborne victory.

CHS finished with 14 hits while the Lady Panthers had three. The Lady Panthers and new coach Danielle Petra has great young talent to build on and will be a team to keep an eye on in the future. She spoke of her team and her new position, “I’m enjoying coaching, it’s a new and good experience. We seem to have our nervousness out now and we should start playing better. We are young and have a bright future.”

The next meeting between the two rivals will be April 3.