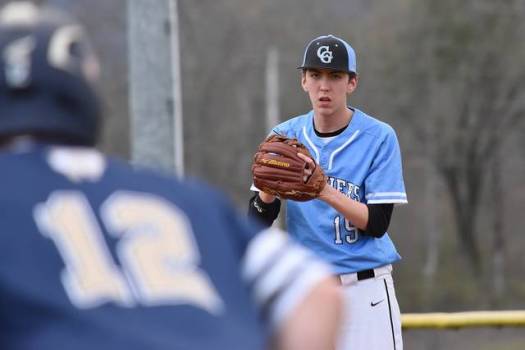 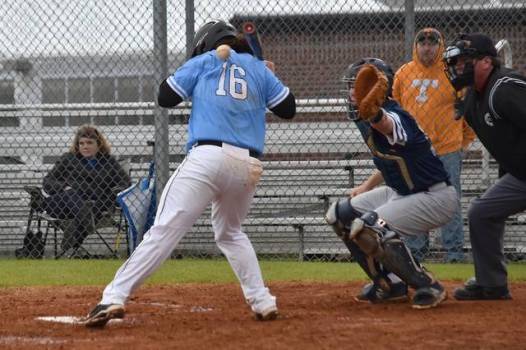 <p>Allen Earl | Claiborne Progress</p> <p>Matthew Massengill stands in the box and takes one for the team off his left shoulder.</p>

The Cumberland Gap High School baseball team traveled to West Greene March 19 to begin a two game series with the Buffaloes, a team many predicted to be the class of the field this season in district play. The Buffaloes pitched their best arms during the first contest and were able to come away with a 12-9 win.

West Greene had 13 hits while the Panthers managed only seven. Panther Michael Moyers pitched well, giving up only two hits in his five inning outing. The Panthers’ bats got on track during the fourth inning and plated eight runs but the rally was ended giving the Buffs the win.

March 20 at Cumberland Gap was the second game of the series and Brennan Murphy pitched six innings, had six strikeouts and issued zero walks. Murphy also had a great game at the plate along with Caleb Merrifield, Darren Robertson and Brady Pearman. Pearman and Robertson had multiple hits on the night and helped the Panthers get the big victory by the final run total of 10-3. West Greene stayed in striking distance by out hitting the Panthers 9-7 but could not find the big hit to plate more runs. The game was played in wet conditions with periodic showers and moderate winds but the players did not seem to care.

With the game two win, the Panthers split the series with West Greene and by the season’s end the victory may loom large and have tournament seeding implications.