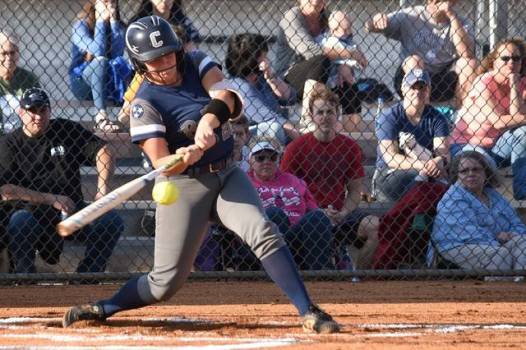 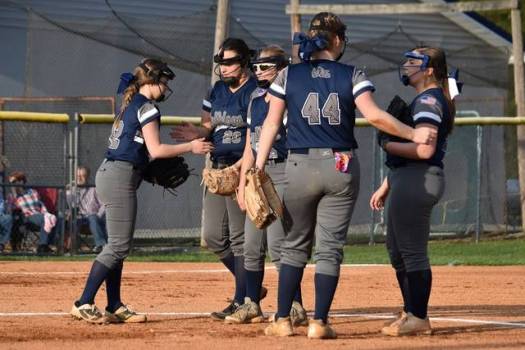 <p>Rachel Cupp celebrates one of her nine strikeouts with her teammates.</p>

One day after making the trip to Greenville and getting a big 13-5 victory in part by home runs from LeeAnn Parker, Isabelle Widner and Molly Mallicoat, the Lady Bulldogs returned home to host the second of two rivalry games against Cumberland Gap. The Lady Bulldogs defeated the Lady Panthers earlier and were going for the sweep April 3.

The Lady Panthers proved to be an improved team but the Lady Bulldogs were too powerful at the plate led by Kaylee Cox. Cox had four hits including three singles and a double. Also doing well at the plate for CHS were Parker, Widner, Rachel Cupp and Mallicoat. Cupp also pitched for CHS and struck out nine, giving up only three hits in the 13-2 victory.

Carly Howard was great at the plate for the Lady Panthers as she went 2-3 and hit the ball hard. Abigail Meadows had the Panthers third hit. Alana Bean was in the circle for CGHS and she pitched well but struggled against the potent lineup of the Lady Bulldogs. Bean did strike out two and is looking more comfortable while in the circle.

The Lady Bulldogs have asserted themselves as one of the teams to beat this season.