Gray drops out of school board race

<p>Jan Runions | Claiborne Progress</p> <p>The Claiborne School Board recognizes the H.Y. Livesay Eaglettes Dance Team and coach, Danielle Goins, standing far right. The team participated in several competitions this year, including the ‘Show Stoppers,’ in which they earned platinum and gold awards among the many trophies brought home from the Nashville-based competition. The team qualified to compete in the nationals. Standing behind the winners are Livesay principal Karyn Clark, left, and school board vice-chair Shannon England.</p> 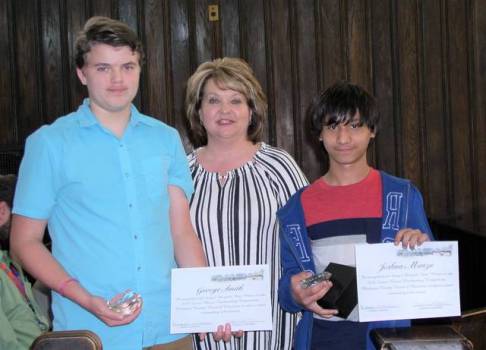 <p>Jan Runions | Claiborne Progress</p> <p>Midway students George Smith, left, and Joshua Menza are recognized by the Claiborne School Board for their wins during the Zaner Bloser Handwriting Competition. Both students, pictured with teacher Kristy Bowen, now move into the national competition.</p> 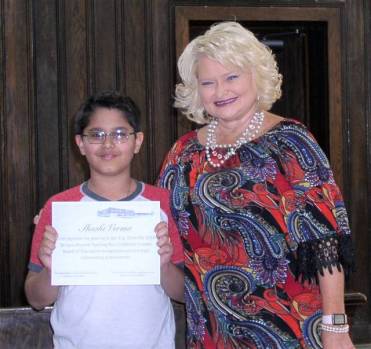 Micheal Jo Gray, 2nd District Claiborne school board member, announced his decision last week not to run for reelection. Gray, who currently serves as the board chairman, said the decision to pull his name from the August election ballot was “personal.”

“It’s not a decision I come by, easily. A lot of things have changed, in the last year, personally — not on this board. Before I sat here, the Lord sent me on another journey and I feel like, maybe I need to get back to that. I also have two wonderful children that I can affect, at home.

“(It’s) not to say you won’t see my name there again, one day, when things change. This is just for now. I’ll still be around to help,” said Gray.

He explained his initial decision to run for reelection.

“I wanted to wait and make sure there were other people that were running, before I made this decision,” said Gray, referring to pulling his name from the ballot.

Full coverage of the most recent school board meeting will be included in the next issue of the Claiborne Progress.

The next school board committee meeting will occur at 6 p.m. on April 26, inside the BOE Central Office meeting room. The next monthly meeting of the school board is scheduled for 6 p.m. on May 10, in the large courtroom of the Claiborne County Courthouse.