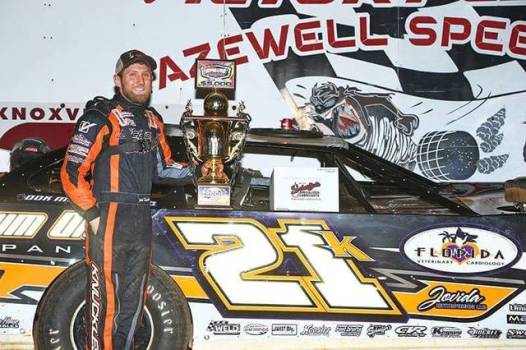 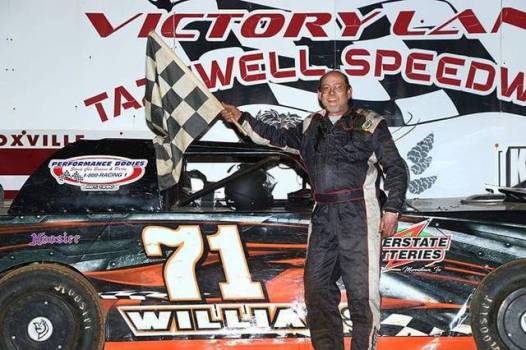 Tazewell Speedway held its first of many feature events of the new season April 13. The Schaeffer’s Spring Nationals $5,000 to win race was bad luck for some while others found success and a nice pay day when the checkered flags waved.

Race fans thought if Dakotah Knuckles ever stepped up into the Super Late Model class that something special was bound to happen and it did Friday night. After qualifying at a blistering 11.198, Knuckles entered a field of 22 drivers all looking to take a victory; however, he was the first to see the checkers. He finished ahead of Donald McIntosh and Billy Ogle Jr. and a field of the best drivers the area has to offer.

Knuckles said, “We have won our first super late model race. It’s the first of hopefully many.”

Travis Fultz seems to be the one they are chasing this season in the ever popular Sportsman class. Fultz wheeled his machine to checkers finishing in front of Health Alvey and Aaron Guinn. There were 19 cars in the Sportsman feature.

During the Four Cylinder feature it was Derik Duggan getting the best of Chuck McMahan. David Singleton finished third.

After the Classic cars had finished their feature, it was John Stevens holding checkers in victory lane. Jason Saylor finished second with Tim Stevens finishing third.

Hometown driver Wendell Williams was the winner of the Street Stock feature over Jamie Whitt and Dustin Harville.

The next event on April 21 is a full weekly racing program.