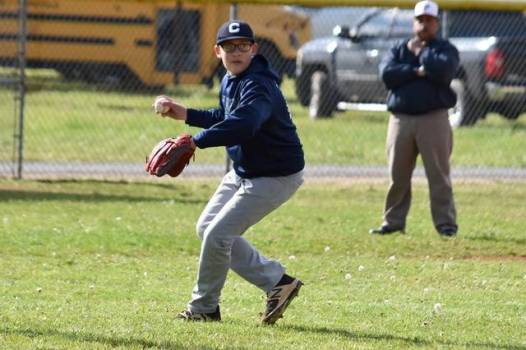 <p>Allen Earl | Claiborne Progress</p> <p>Sunny Smith fields the baseball and tosses to first for an out.</p> 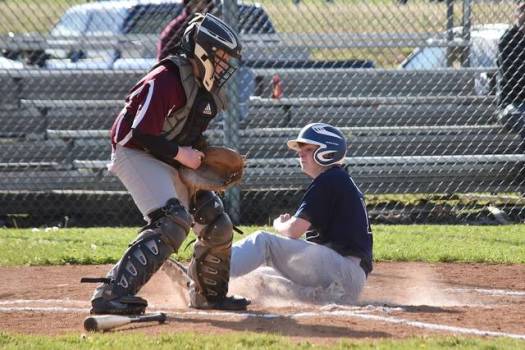 Claiborne Middle School had a rough start to the season, losing their first four games, but then became the hottest team in the district by winning seven in a row. They were looking for their eighth win in a row against Pineville on April 19 during a non-district game.

Both teams went down in order during the first inning and Pineville went three up and three down in the top half of the second.

The Bulldogs struck first when Tyler Myatt singled in Trace Davis. Jackson Roberts plated Myatt to give the Bulldogs a 2-0 advantage. Sunny Smith then singled and scored Roberts for a 3-0 lead. The big inning was stopped by a base running error.

Pineville left one on base during the top of the third.

With Zack Bailey on base, Challen Massengill hit a double that scored Bailey and then a bad throw allowed Massengill to come on home giving the Bulldogs a 5-0 lead. Myatt then hit a two RBI single to extend the lead out to 8-0. Moyers reached on an error and Smith made it across the plate to lead 8-0.

Dylan Foster reached first but was stranded on the base pads.

The pitching by the Bulldogs was very important as Smith, Myatt and Bailey combined to hold Pineville scoreless.

Massengill was heads up and reached base on a dropped third strike and Davis combined his efforts to end the game 10-0.

With the win, the Bulldogs winning streak now sits at eight and they are playing great baseball with solid wins against Oneida, Scott County and rival Cumberland Gap.